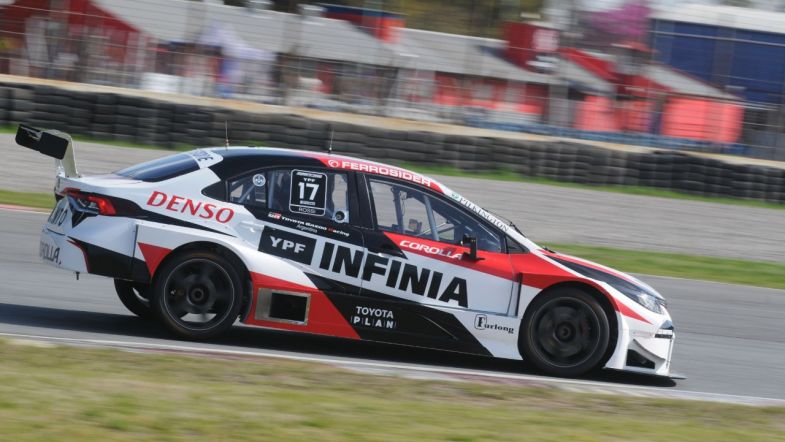 Matías Rossi won the first Super TC2000 qualifying race of 2020 in Buenos Aires. The Toyota Gazoo Racing driver was followed on the podium by Agustín Canapino of Chevrolet YPF and Facundo Ardusso of Renault Sport.

Rossi claimed the lead from pole position as the lights went to green and never looked back.

Leonel Pernía tried to move up to fifth in the run to the first corner in his Renault, overtaking Toyota Gazoo Racing driver Julián Santero.

Santero made a first attempt to overtake Pernía for fifth place on lap six. The Toyota driver made the move stick on lap eight to regain fifth.

Fabián Yannantuoni of Fiat Racing was forced to retire on lap ten due to a technical issue.

Rossi won the qualifying race eight tenths ahead of Canapino, with Ardusso third, six seconds behind.

Bernardo Llaver of Chevrolet YPF and Matías Milla of Renault Sport rounded off the top eight.

The drivers will start the feature race of tomorrow according to the positions they finished this race in, scheduled for 11:35 local time.