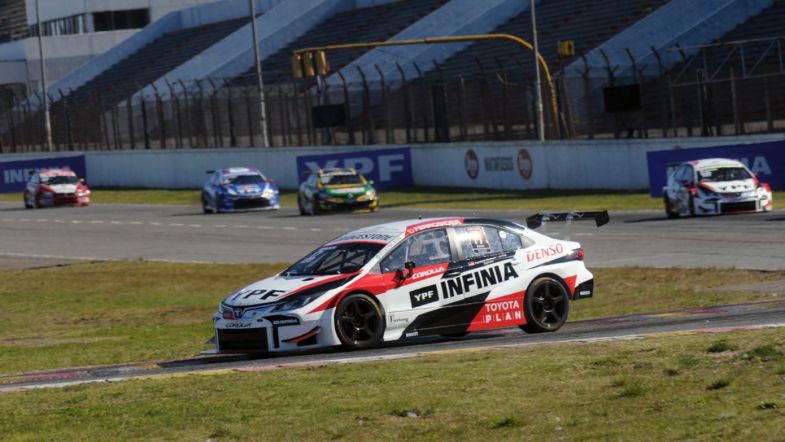 “Being on the podium and scoring points is good, although you always want to win when starting from pole position,” said Rossi to TouringCarTimes.

“Canapino’s start was key for his race, from then on I tried to find a place to overtaking but I never found it. His setup made him lock the rear brakes often, but at the same time he looked really strong. He drove really well and resisted all of my attempts.”

Just one tenth separated the two over the finishing line, but Rossi wasn’t sure that more laps would have enabled him to get past.

“We’ll never know what could happen if we had one more lap, but he defended really well. His defensive movements were all fine, so it was important for me to not make mistakes either,” said Rossi.