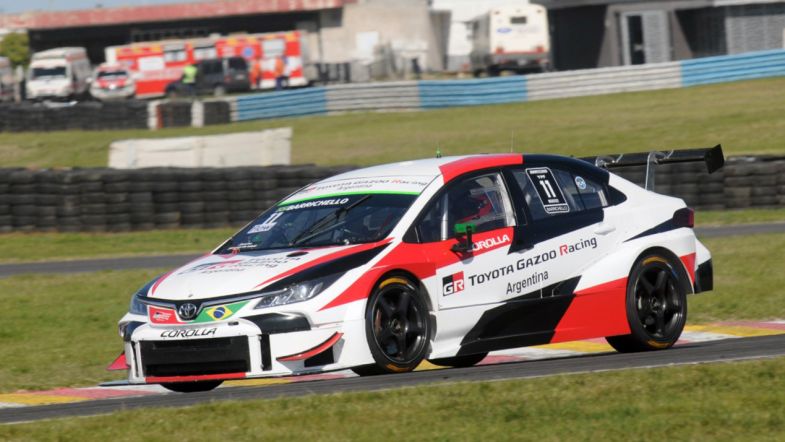 Former Ferrari F1 driver Rubens Barrichello has joined Toyota Gazoo Racing for the 2020 Super TC2000 season and the 48-year-old says the programme has made him feel young again.

“It feels like being young again, and starting all over. I’m new and I have very strong team-mates to compare myself to,” said Barrichello to TouringCarTimes.com.

The Brazilian driver is team-mate to four-time champion Matías Rossi, Julián Santero and series newcomer Hernán Palazzo but says he has had limited pre-season testing.

“I couldn’t do that much testing before the season start, which is not good,” said Barrichello.

“This vehicle has some special characteristics, like the front-wheel drive style which I still have to learn. It’s a great challenge and you must be extremely precise with these cars.”

This is the first full Super TC2000 season for Barrichello who finished fifth overall in the 2019 Stock Car Brasil series.

“What I like here is the very experienced rivals I race against, it motivates me a lot,” said Barrichello.

“Argentina always had very strong drivers, the financial situation was always a disadvantage compared to Brazil promoting drivers to Formula 1, but we have a lot of capacity here.”

Barrichello finished 18th in yesterday’s qualifying race, the same position that he will start the feature race of today in at 11:35 local time.