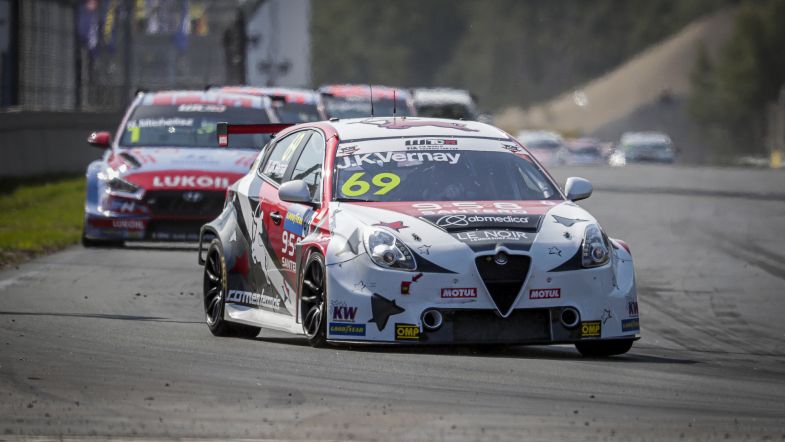 Team Mulsanne has confirmed that it will field a single Alfa Romeo Giulietta Veloce TCR in the second round of the World Touring Car Cup this weekend at the Nürburgring.

The Italian team was one of those to take advantage of the series opening up entries for single-car teams after the campaign was delayed by the COVID-19 pandemic, bringing in Jean-Karl Vernay to drive the Romeo Ferraris-developed Giulietta.

On the eve of the season opener, the team then announced the signing of former TCR Europe racer Luca Filippi to race a second car on a wildcard basis although he will not compete in the second meeting of the year and will instead be back for the meetings in Slovakia and Hungary next month.

“The FIA WTCR is proving very demanding, and to be on track again after Zolder, on such a challenging track like the Nordschleife, is very testing for everybody involved,” Romeo Ferraris operations manager Michela Cerruti said. “It will certainly be sad not to see the traditionally huge crowds around the track, but the great TV and social network put in place by Eurosport will help us stay close to our fans.

“Team Mulsanne will present itself at the Nordschleife with a single car for the experienced Jean-Karl Vernay, as the programme drafted for Luca Filippi, who is entered as a wild card, will see the Italian back at the wheel of the #25 Giulietta from the following round at the Slovakiaring.”

Vernay took finishes of fifth and seventh from the two races at Zolder during the opening weekend of the season to sit eighth in the standings heading into the German double-header.