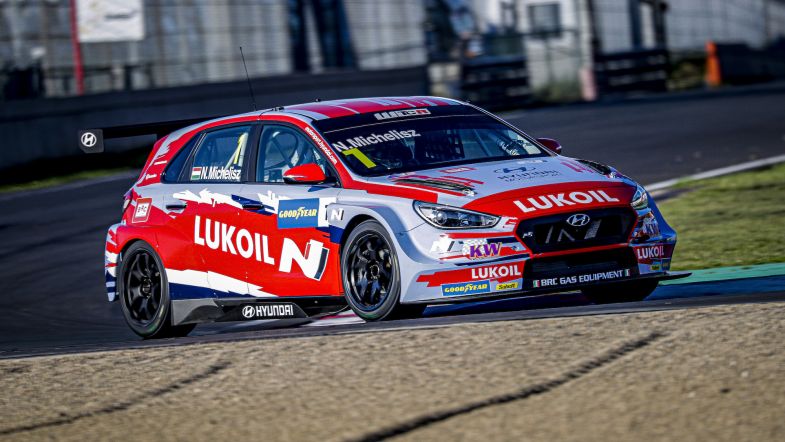 Hyundai Motorsport’s two customer teams – BRC Racing and Engstler Motorsport – have been withdrawn from the second meeting of the World Touring Car Cup season at the Nürburgring.

The decision, announced on the day that track action is due to begin with practice and qualifying, comes on the back of arguments at the season opener at Zolder into ECU exemptions granted to certain cars on the grid.

Hyundai Motorsport boss Andrea Adamo was also critical of the BOP on the i30 N TCR after the Hyundai drivers struggled on track in Belgium, with the Korean brand now revealing that it would withdraw from the German event as a result.

“Hyundai Motorsport has announced that its customer teams will not participate in this week’s WTCR – FIA World Touring Car Cup Race of Germany (September 24-26),” a statement read.

“Hyundai Motorsport has the feeling that neither the company nor its customer teams are given equal treatment in the series to other competitors and are not made to feel welcome.

“Hyundai Motorsport was due to be represented in Germany by BRC Hyundai N LUKOIL Squadra Corse (Norbert Michelisz and Gabriele Tarquini) and Engstler Hyundai N Liqui Moly Racing Team (Luca Engstler and Nicky Catsburg). Both teams are already on site at the Nürburgring.

“Hyundai Motorsport remains committed to demonstrating the high-performance credentials of its racing vehicles on an international stage, in series that are reflective of Hyundai’s N brand.

“The company’s participation in the Nürburgring 24 Hours remains unaffected by this decision.”

News of the withdrawal comes after the latest BOP revisions saw the Hyundai given an increase in power from 95% to 97.5%.

When approached by TouringCarTimes, Hyundai refused to make further comment on the situation.