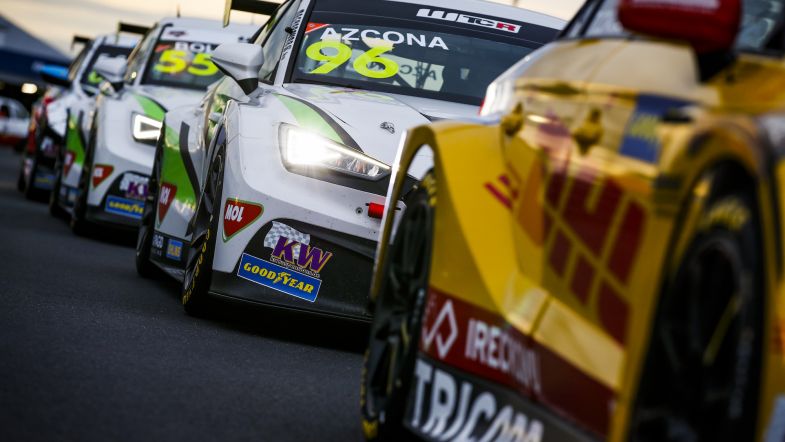 Penalties and fines for Vernay, Azcona and Berthon

A number of penalties and fines have been issued by the stewards following World Touring Car Cup free practice and qualifying at the Nürburgring.

Having initially qualified on pole for the reverse grid race before Santiago Urrutia was stripped of his qualifying times for missing the weigh bridge in qualifying, Nathanaël Berthon has now dropped off the front row altogether after being handed a seven place grid penalty for a Code 60 violation.

The Comtoyou Racing driver, who now starts down in eighth, was then given a 600€ fine after he remained in the car during refueling.

Mikel Azcona was also hit with a penalty for a Code 60 violation and was given an additional grid drop for driving into the fast lane at the end of free practice two without a helmet.

That drops him down towards the rear of the grid in 13th, ahead only of Urrutia, Jean-Karl Vernay and Gábor Kismarty-Lechner.

Vernay starts at the back of the field having undergone an engine change in the sole Alfa Romeo Giulietta TCR entered this weekend, with the Team Mulsanne driver being the third person on the grid to be handed a penalty for a Code 60 violation that means he will line up behind Kismarty-Lechner.

The Zengő Motorsport driver underwent an engine change on his Cupra León Competición, but has been cleared to race alongside team-mate Bence Boldizs despite not setting a lap with 108% of the pole time.

Kismarty-Lechner was also fined 600€ as the mechanics did not use safety locks when working beneath his car.

Jack Young meanwhile will start eleventh after the Vukovic Motorsport team appealed the decision to strip him of his fastest time for causing the Code 60.

The decision to overturn the penalty comes after Young was deemed to not be at fault for the incident after suffering a puncture caused by debris on tack on his Renault Megane RS TCR.