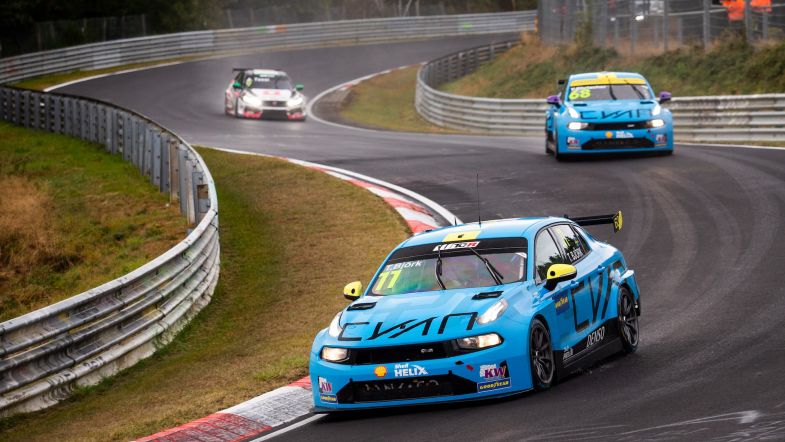 Yann Ehrlacher not thinking about the title

Yann Ehrlacher insisted it was too early to be thinking about the title despite extending his lead in the World Touring Car Cup standings following race one at the Nürburgring.

The Frenchman had started the race from sixth on the grid but quickly made up a place into fifth on the opening lap as he settled in behind fellow Lynk & Co driver Thed Björk.

When Björk made a move on Tom Coronel for third place at turn one on the third lap, Ehrlacher followed him through into fourth spot and running down the Döttinger Höhe for the final time, got ahead of the Swede into third place.

It means he now sits eleven points clear of Néstor Girolami, who crossed the line in sixth, heading into race two on Saturday.

“I expected that race to be one where I was safe and secure in my starting position and that I would only be able to make up places if there was a safe opportunity to do so,” he said.” I managed to overtake two cars and there was a nice, fair battle with Tom for a few corners on the final lap which was good.

“Thed then let me by which was nice of and to get on the podium from P6 is nice and it’s strong points. I’m really happy with the result but this is only race three so there is a still a long way to go and I need to take each race as it comes. I’m not looking at the championship as it’s too early for that.”

Having run ahead of Ehrlacher all race, Björk said he was happy to play the team game on the final lap.

“It was a good race, and thanks to Tom because I knew he had done some running last night for the 24 hour race and following him taught me where there was some grip!” he said. “I managed to get ahead of him and then on the final lap, I felt I owned Yann some points from last year, so he got some back there.”