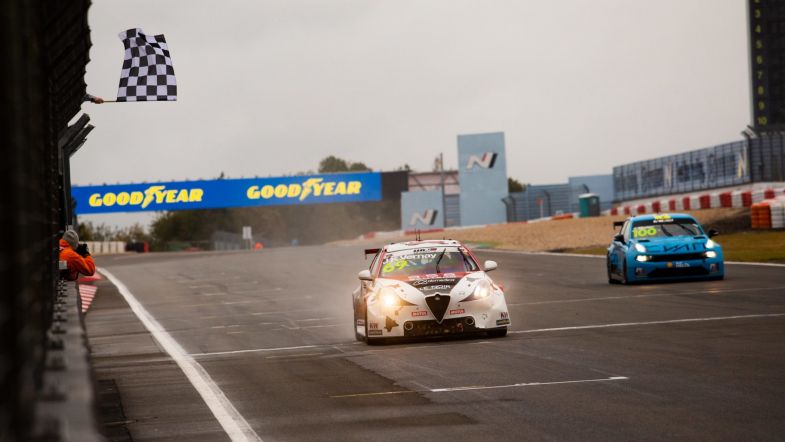 Jean-Karl Vernay said he was pleased to come away from the Nürburgring with a second top six finish of the World Touring Car Cup season after a tough weekend on the Nordschleife.

The Team Mulsanne driver was forced to start the opening race of the weekend from the back of the grid as a result of an engine change on his Alfa Romeo Giulietta and had to settle for ninth place, with his focus then on trying to race forwards from eighth on the grid in race two.

The Frenchman would spend the entire three laps battling to keep the Lynk & Co of Yvan Muller at bay, particularly on the long run down the Döttinger Höhe, with a penalty for Nestor Girolami meaning that the pair headed into the final lap battling for sixth.

Vernay would hold on to secure the place by just six tenths of a second, and a second top six finish of the campaign means he ends the weekend eighth in the championship standings.

“Obviously we are a little structure compared to the other teams, and our programme was really last minute so we are discovering each other every day,” he said, “but I think we did good. What I want to bring to the Alfa Romeo is a little bit of consistency compared to what the team did last year, when they would be great one weekend but would then disappear for a few weekends.

“The race was quite tricky, and I was defending a lot from Yvan. It was quite tough because they definitely have a really awesome car and I had to be at 250% to keep him behind me.”

Vernay added that he is now hopeful of a strong weekend for the Alfa Romeo squad in Slovakia next time it, with the car having won last year in the hands of Ma Qing Hua.

“For sure I am waiting for the Slovakia Ring and the other races,” he said. “Obviously last year they were super quick and although we have to wait for the compensation weight for the other brands, I’m definitely looking forward to doing better than we did in the first two events.

“The first two races were difficult for us, I’m not super happy with them, but I’m very proud of Romeo Ferraris, of the job we did this weekend and let’s keep pushing.”