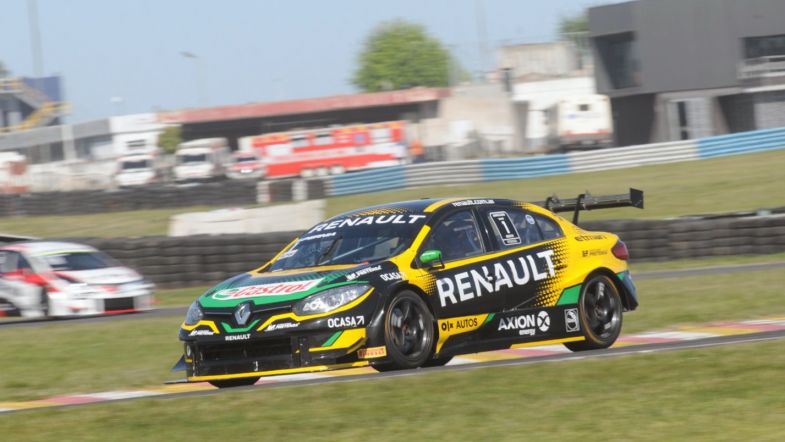 Renault Sport driver Facundo Ardusso was fastest in qualifying but started from seventh due to the championship standings grid penalties.

This meant that reigning champion Pernía started from pole ahead of Milla and Fiat driver Franco Girolami.

Girolami made a strong start and snatched the lead from Pernía who instead had to defend from Milla on the opening lap.

Pernía managed to reclaim the lead from Girolami on lap four following a mistake by the Fiat driver who braked too late entering turn three.

Bernardo Llaver suffered damage after colliding with Nicolás Moscardini while battling for seventh place. The Chevrolet driver got a puncture a couple of laps later and hit privateer Toyota driver Valentín Aguirre. The incident saw Llaver retiring in the pits while Aguirre rejoined the track at the back of the field.

Girolami meanwhile started to lose positions and had to pit to replace his steering wheel with what seemed to be paddle shift issues.