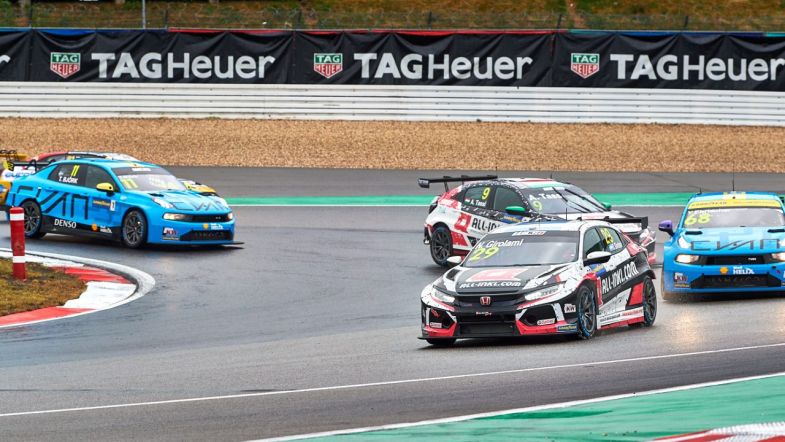 Néstor Girolami penalised for too many reconnaissance laps

Néstor Girolami was handed a 30-second penalty in the second World Touring Car Cup race at the Nürburgring Nordschleife. And the Argentinian driver was given the penalty for completing too many reconnaissance laps ahead of the race.

“We are disappointed about what happened with Nestor; this thing shouldn’t happen, but it has and now we need to investigate what went wrong and make sure it doesn’t happen again. I’m very sorry for him, now we need to look into the details,” said Dominik Greiner, team manager of Münnich Motorsport.

Girolami lost ground to points leader Yann Ehrlacher after the Nürburgring race weekend. The Argentinian was seven points behind the Frenchman ahead of the weekend and is 31 points behind now.

Girolami heads home from Germany with a sixth and eleventh place finish, saying that he was lacking top speed during the races.

“In terms of my race performance I am happy. I did a very good start to hold the lead and made a bit of a gap back to the Lynk & Co, but in the final sector it was really fast on the straight and I was overtaken easily,” said Girolami.

“There’s something for us to work on as straight line speed is not our best, and we need to have a look into the data and see how we can improve our speed.

“The penalty is a bit of a shame and we still aren’t sure exactly what happened, but we will discuss it and try to learn from it. At the end of the day we are a team and we win and lose together and will come back stronger.”