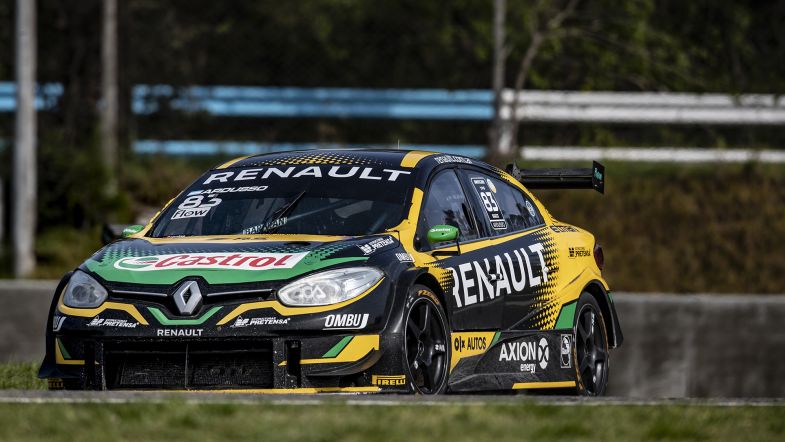 Leonel Pernía started on pole position ahead of Renault team-mate Matías Milla and the team-mates headed into turn one as first and second.

Matías Rossi jumped from sixth to fourth in his Toyota on the first lap, overtaking the Honda duo of Juan Manuel Silva and Nicolás Moscardini.

And Moscardini was involced in an incident that forced the safety car on track. The Honda driver crashed into the tyre barrier following contact with Fiat driver Bruno Armellini.

As the field was released again, Toyota Gazoo Racing driver Hernán Palazzo ran wide at the “Slide” turn, filling his radiator with grass and stopped on track due to an overheating engine. This saw the safety car coming into action for a second time.

Rossi overtook Juan Angel Rosso for third as the race resumed. The Toyota driver then started to attack Milla for second place, passing him entering Turn 1.

Not long after that, the safety car was called out for a third time in only ten laps as Rosso stopped on track due to a technical issue.

When the safety car headed back in, Ardusso threw his Renault on the inside of Rossi at Turn 3, moving up into second place.

Ardusso had his sights on leading driver Pernía after that and made a clean move to get past. Pernía lost another position shortly after as Rossi managed to get past up into second place.

There was further drama on lap 21 as pole sitter Pernía headed into the pits from third position with an exhaust fire. The fire marshals were quick to arrive on the scene and put the fire out without any injuries.

Rossi leads the standings on 42 points, followed by Canapino and Ardusso, both on 38 points.

The venue for the next two races is yet to be confirmed but will be held with back-to-back weekends on October 25 and November 1.