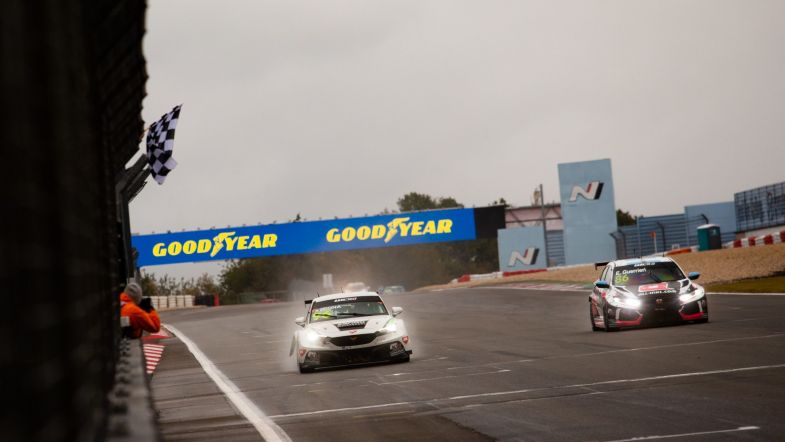 Mikel Azcona delighted with best yet for new Cupra

Mikel Azcona admitted he was delighted to secure the best WTCR result to date for the new Cupra León Competicioń at the Nürburgring.

The Spaniard had endured a frustrating opening race in Germany after a damaged radiator forced him to park up on the first run around the Nordschleife.

With the car repaired for the second race on Saturday, Azcona was able to run well inside the top six through the opening lap in what were once again tricky wet conditions, although he suffered a scare when chasing down Esteban Guerrieri’s Honda as he slid wide and hit the barriers at the Karussell.

Able to continue on track, Azcona then spent the following two laps putting the race one winner under pressure and was able to make a move stick on the final run down the Döttinger Höhe to secure what would be fourth place thanks to the time penalty handed out to Nestor Girolami.

That bettered the tenth place secured by team-mate Bence Boldizs in race one and ensured a pair of top ten finishes for the Zengő Motorsport in its second weekend with the car.

“To finish P4 on the Nordschleife; what a race,” Azcona said. “The wet conditions were really difficult and on the first lap, I crashed into the barriers at the Karussell. The steering was knocked out a bit but I continued to push flat out because I felt I could and I was able to get close to Esteban.

“I waited until the final straight because I knew the Cupra was faster than the Honda and to overtake on the final lap and get fourth is great. I’m so happy for the team and for Cupra because the guys did an amazing job.”