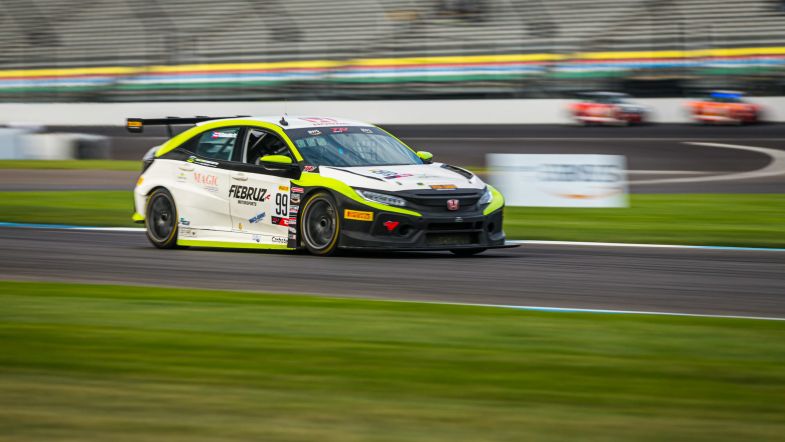 Tristan Herbert and Victor Gonzalez picked up a win apiece as the TC America season drew to a close with a double-header event at Indianapolis.

Scott Smithson had started from pole for race one in his Honda Civic Type R, but it was Tim Lewis Jr who made the best start from the second row of the grid to jump into the lead in his Alfa Romeo ahead of both Smithson and Herbert.

Further back, Roy Block in the sister Alfa Romeo would be tipped into a spin by Olivia Askew who then went off herself later in the opening lap after a clash with Gonzalez – with champion Tyler Maxson forced off across the grass in avoidance.

With four of the TCR field dropping right down the order as a result of the lap one drama, the leading three cars found themselves comfortably clear of fourth placed CJ Moses, with Lewis Jr heading Smithson and Herbert.

Herbert managed to get ahead of Smithson into second for a brief spell, but the Honda driver was able to find a way through to reclaim the place and set about trying to find a way ahead of Lewis for the lead of the race.

As the trio dealt with traffic, there was suddenly huge drama as Smithson got it all wrong into turn one and clattered into Lewis Jr’s Alfa Romeo – causing heavy damage to both cars and forcing them to retire on the spot.

Lewis Jr would make his displeasure clear to Smithson as the pair climbed from their cars, with Herbert inheriting the lead as the race went under caution.

That put Herbert into the lead before the race went under caution, allowing the field to close up behind. 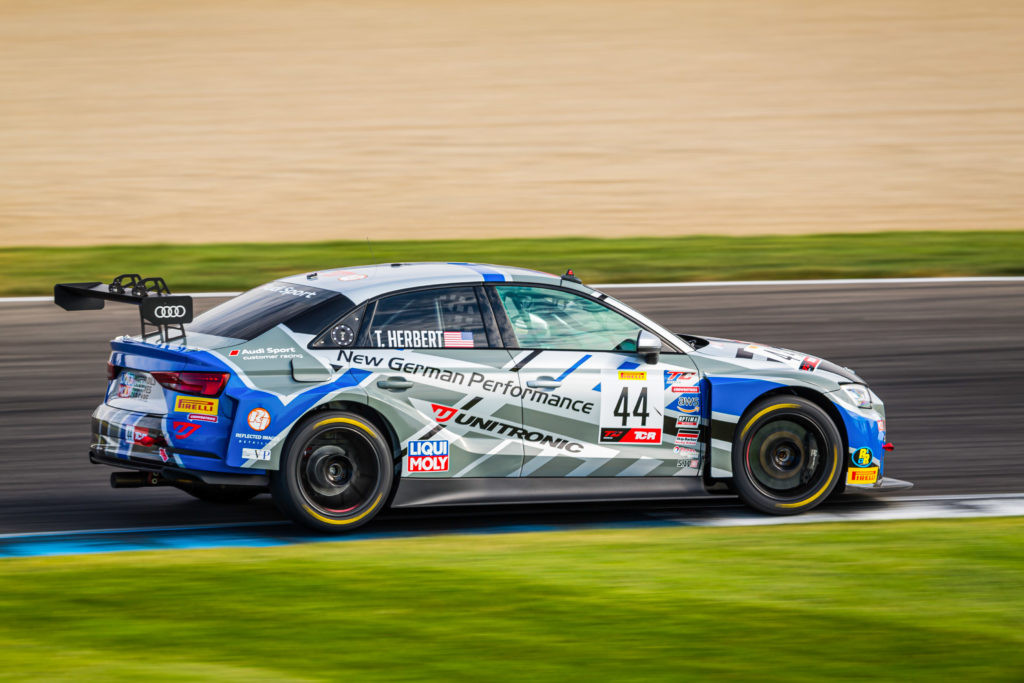 There would be just eight minutes left on the clock when the action resumed with Herbert being chased by Moses, Gonzalez and Askew.

Askew would get up into third ahead of Gonzalez on the restart but the Puerto Rican would fight his way back ahead before the finish, although that squabble allowed Herbet and Moses to break away at the front.

Moses would push hard through the final lap but Herbert was able to hold on to secure the win, with second for Moses still being his best performance of the campaign by far.

Gonzalez took third ahead of Askew, with Vinnie Lima fifth in the second of the Audis.

Title winner Maxson would fail to finish after being forced to pit in the Copeland Motorsports Hyundai, whilst Block also retired after his front left tyre let go.

Both Smithson and Lewis Jr would be unable to start race two, with Moses leading the field away when the lights went out.

He would then lose the lead to Herbert whilst behind, Askew suffered a spin at turn two after a clash with Block, and Gonzalez had to run wide after going into turn one too hot.

Gonzalez quickly got up into second behind Herbert and put the leader under huge pressure, running off track onto the grass whilst trying to find a way ahead.

One lap later however, Gonzalez managed to make a move stick to take the lead and would remain out front to the finish to take his first win of the season and cement second in the standings.

It was also the 250th TCR victory for a Honda car.

Herbert rounded off the weekend with second place, with Block rebounding from his race one issue to take third as he held off Moses in the battle for the final step of the podium.

Askew and Lima rounded out the top six, with Maxson once again retiring in the early stages.