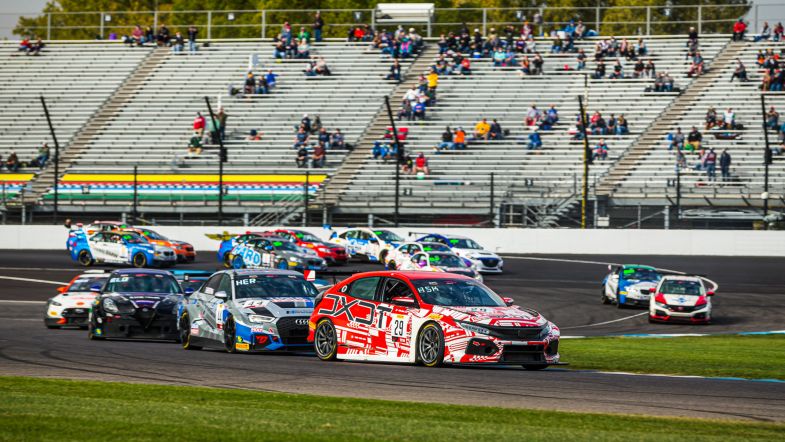 Organisers of the TC America series have explained the reason behind the decision not to run a TCR class for the 2021 season.

TCR was the headline class in the series for both 2019 and 2020 after it was born out of the Pirelli World Challenge’s touring car class, with Michael Hurczyn lifting the crown for FCP Euro in 2019 and teenager Tyler Maxson then romping to the crown last year in his Copeland Motorsport-run Hyundai.

For the new season however, TCR will be replaced in the series by the new TXA Class featuring the likes of the new BMW M2 CS Racing, which will run alongside the existing TC and TCA classes.

TCR competition in the USA is now focused on the Michelin Pilot Challenge, with Copeland Motorsports, KMW Motorsport and VGMC Racing all having made the switch after being part of the TC America grid last year.

All three were present for the season opener at Daytona International Speedway, with the TCR honours eventually going to the JDC Miller Motorsports team and its Audi RS 3 LMS.

“For several reasons we decided not to renew the TCR license,” series director Jim Jordan told TouringCarTimes. “The biggest reason was to focus attention on our own TC classes, which continue to show growth, while TCR fields declined within our series.

“The TCR platform is a good one, but for us it just did not work. This is good for IMSA, as they picked up our full time TCR teams, and had a strong field at Daytona.

“BMW’s introduction of the new M2 race car gave us an opportunity to highlight that car in a new TCX class. We expect the M2 to be joined by Audi RS 3 DSG models, and have been in good discussion with a domestic US manufacturer about homologating its new high performance car into the TCX class.

The new-look TC America season is scheduled to get underway at Sonoma Raceway in early March.