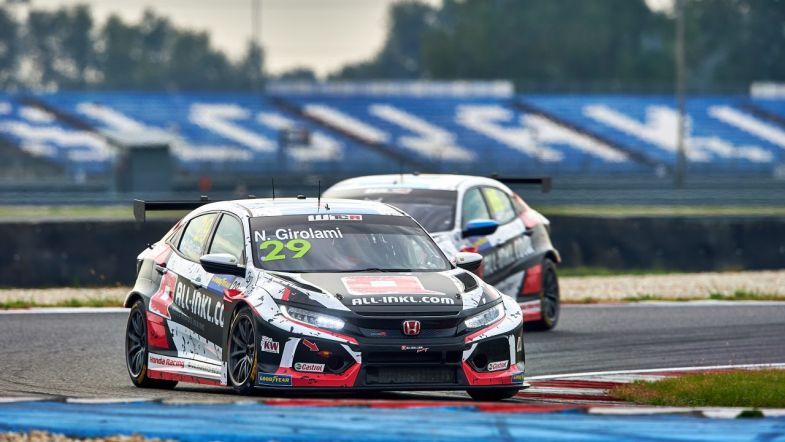 Néstor Girolami gets new Honda for the Hungaroring

Münnich Motorsport has been forced to switch car for Néstor Girolami following the massive crash at the Slovakiaring that wrote off his Honda Civic Type-R TCR.

The Argentinian will drive the test car during the World Touring Car Cup races at the Hungaroring this weekend.

“I have to say a huge thanks to the Münnich Motorsport team for building me a new car in a little over 24 hours – that was an amazing job, and just to have been able to shake the car down on Monday is a big positive,” said Girolami.

Girolami was second in the standings going into the Slovakiaring weekend but dropped to eighth following the retirement in Race 2 and the subsequent non-start in the third race.

The Honda driver is however keen to get back into the title fight with his double win of last year in mind.

“After the disappointment of last weekend, heading straight to the Hungaroring offers us an immediate chance to fight back and rebuild our title bid,” said Girolami.

“It’s difficult to tell with this year’s results how we will compare to others, but memories of my double win last year will be a big motivation.”