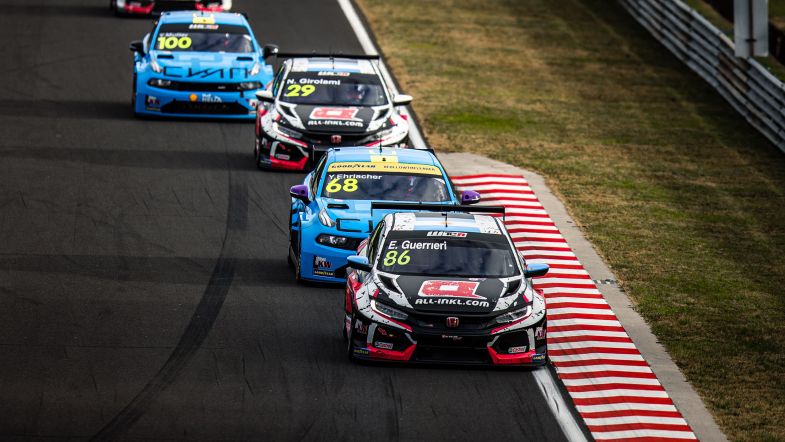 Honda driver Esteban Guerrieri claimed his second World Touring Car Cup victory of 2020 in the first race of the Hungaroring weekend and has climbed to second overall.

“It’s a good surprise to find myself second in the standings after such a bad start at Zolder,” said Guerrieri.

The Münnich Motorsport driver started from pole in Race 1 but was unable to pull away from main title rival Yann Ehrlacher. The Lynk & Co driver was close behind until the chequered flag.

“I just tried to manage the first laps which was really hard in such cold conditions,” said Guerrieri.

“I was just dancing around, I think we all were. After two, three laps I just tried to realise where Yann was strong and tried to cover that. Our car worked pretty well, but we can do some fixes for the second race.”

“I’m really pleased with the 25 points [for the win]. I have a good chance, but so does Yann,” said Guerrieri.