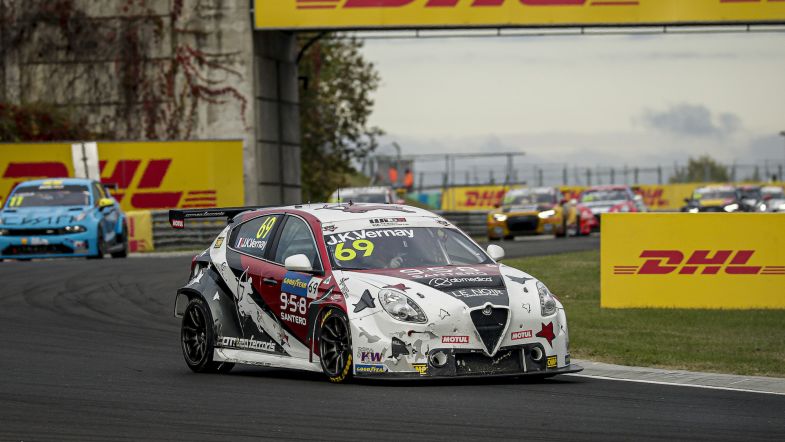 Jean-Karl Vernay and debutant José Manuel Sapag were both hit with penalties that impacted on the result of the opening FIA World Touring Car Cup race of the weekend at the Hungaroring.

Vernay had taken the flag in eighth place at the wheel of his Team Mulsanne Alfa Romeo Giulietta but was handed a one second penalty post-race for cutting the circuit at turn seven and gaining an unfair advantage – meaning he dropped to ninth place behind Luca Engstler’s Hyundai.

Vernay was also handed a single penalty point, taking him to seven.

Sapag meanwhile was found to be at fault for a clash with Gabriele Tarquini that forced him to retire from the race, and was handed a 30 second time penalty in place of a drive through – meaning he was classified in 20th place.