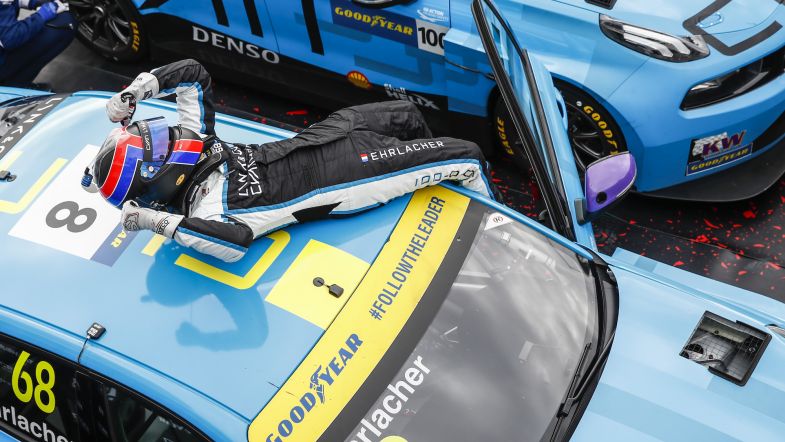 Yann Ehrlacher has extended his lead in the World Touring Car Cup standings on the back of taking his third win of the season at the Hungaroring, although a new rival has now emerged in the fight for the title.

The Lynk & Co driver took a 20 point lead into the weekend after a difficult weekend in Slovakia saw him lose points to his rivals, with Tom Coronel having become his closest rival thanks to his first win of the campaign.

A tough weekend for the Dutch driver saw him slip down the order, with Esteban Guerrieri instead being the man to shine as he took two poles and a pair of race wins to secure an impressive 69 points from the meeting.

That allowed the Argentine driver to move up into second spot, but a strong race day for Ehrlacher ensured that he was able to extend his lead in the championship by two points, with a second place finish behind Guerrieri in race one being followed by victory in race two – where he headed Yvan Muller in a Lynk & Co one-two.

“One win, a podium and an increased points lead is something I am quite pleased about,” Ehrlacher, who finished eighth in the final race, said. “We knew this was not going to be our weekend, so to come away with this result is really strong.”

Six races remain in the shortened season, with three races at the Motorland Aragon circuit in Spain being followed by three at the Italian circuit of Adria.