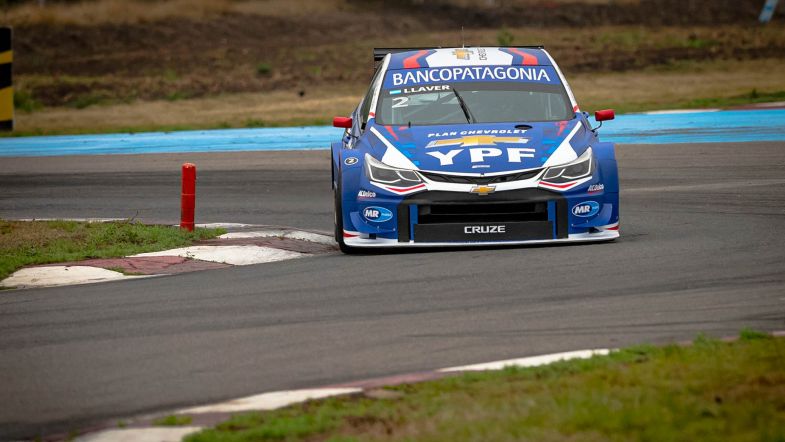 Llaver of Chevrolet started from pole following his victory in yesterday’s qualifying race and was joined on the front row Franco Vivian, who has returned to the championship for this round with Toyota Gazoo Racing.

Rain prior to the start of the race meant that tyre choice was crucial and Llaver opted for slicks, despite a greasy circuit.

Vivian stalled as the lights went to and dropped to the rear of the field. Risatti took second behind Llaver and was followed by Santero.

The pack was static until lap 18 when Marcelo Ciarrocchi was forced to retire from 13th position due to suspension damage.

Llaver was leading with just 1.2 seconds by lap 20 of 29 but Risatti was not close enough to seriously challenge for the lead.

TV footaged showed Muñoz Marchesi climbing out of his damaged car and went straight to his personal car to leave the circuit and head home.

Llaver won ahead of Risatti and Santero, followed by Rossi and Pernía.

Rossi heads the standings on 56 points, Canapino is second on 45 points and Ardusso third on 42 points.

The Super TC2000 field will remain at the circuit for the next round of the championship next weekend.