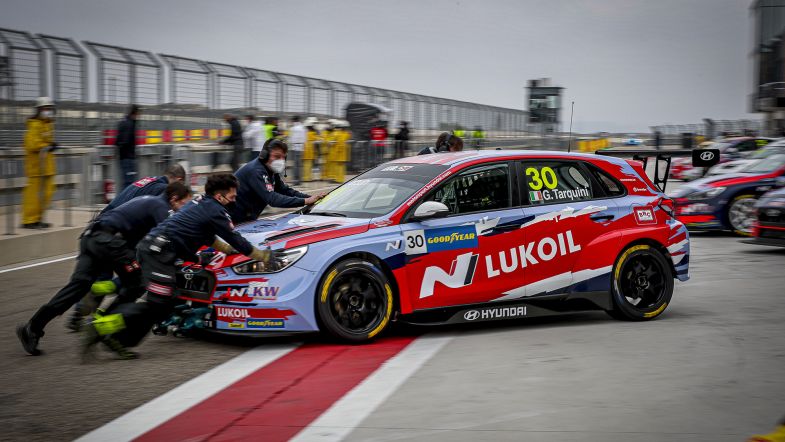 Gabriele Tarquini: “The positive thing is this season is finished”

“We must be honest that we are glad to bring our 2020 season to a close. It has been a complicated year for us in terms of our results with the Hyundai i30 N TCR,” said team principal Gabriele Rizzo.

“We would like to thank our partners and sponsors, and also Hyundai Motorsport. We are grateful to them for putting their trust in us in a year where everybody has faced incredible difficulties, particularly with general world situation worsening.”

“I stalled on the grid in Race 1, and I fell back to dead last with a big gap,” said Michelisz.

“My start in the second race was much better, but we just didn’t have the pace today. I tried to do my best and I was in some exciting battles, and while I’m happy to have taken some points this weekend I really wanted to get a podium.”

2018 champion Gabriele Tarquini had an equally tough weekend with engine issues in the second race and 13th position in the final race as his best result.

“This weekend was just as tough as the others we have had this season,” said Tarquini.

“My second race was quite short, the engine wasn’t working from the warm-up lap so we chose to pit to try and prepare the car for Race 3. The mechanics did a great job to change the turbo in time.

“I was running almost last and we considered retiring the car, but then the car started to feel better and I managed to come through to finish in the points. The positive thing is this season is finished.”