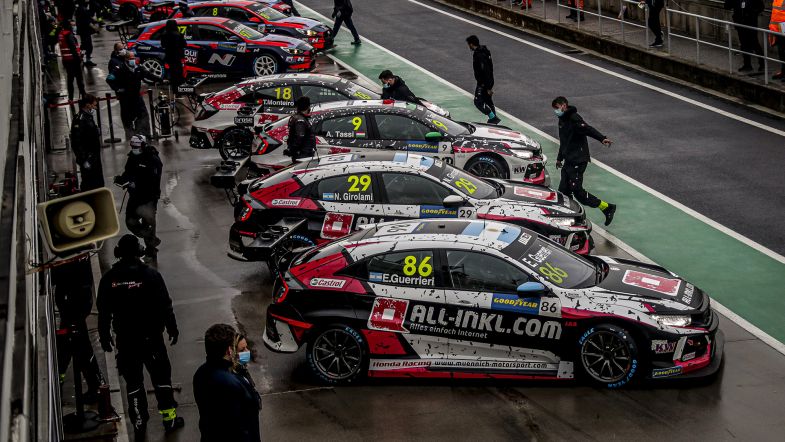 Honda sticks with unchanged quartet for 2021

Esteban Guerrieri, Nestor Girolami, Tiago Monteiro and Attila Tassi will all remain with Honda for the 2021 World Touring Car Cup after the Japanese manufacturer announced an unchanged line-up for the third successive season.

The exact nature of the line-up will be revealed in due course, with the customer racing teams that will appear in 2021 still to be confirmed. Girolami and Guerrieri ran under the ALL-INKL.DE Münnich Motorsport banner last season, with Tassi and Monteiro partners at ALL-INKL.COM Münnich Motorsport.

Guerrieri was the best placed Honda in the standings having finished in fourth spot, with his focus firmly on challenging for the championship title.

“Extending this relationship with Honda is a fantastic feeling, particularly after another strong campaign in 2020 despite all the challenges the year presented,” he said. “Globally we hope that things will be very different in 2021 compared to last year, but one thing that we hope will stay the same is our competitiveness. We have proved every season so far that we are capable of fighting for the title, so naturally feel that we can push for it again in 2021.”

Girolami too will enter 2021 hopeful of fighting for the crown having been firmly in contention in the early part of the delayed 2020 season.

“There were ups and downs for me in the 2020 WTCR season but overall it was a solid year and I’m pleased with the competitive level I was able to show at every round,” he said. “Winning the first race of the season and setting a new pole position record at the Nürburgring were two big highlights and show I can be the pacesetter, so I start my third year as a Honda Racing driver as sure as ever that I can fight for the championship.”

Like Girolami, Tassi will be entering his third year as a Honda-backed driver, with Monteiro reaching the milestone for ten years with the manufacturer.

“I’m absolutely delighted to be continuing my relationship with Honda into what will be a tenth year,” he said. “It’s the longest I’ve driven for a brand in my career and this milestone proves what a great relationship we have built over that period. Last year was a very challenging year, but challenges are part of this sport and we rose up to face and overcome them. Those harder moments only served as motivation to add more success this season as part of this incredibly strong Honda Racing line-up.”