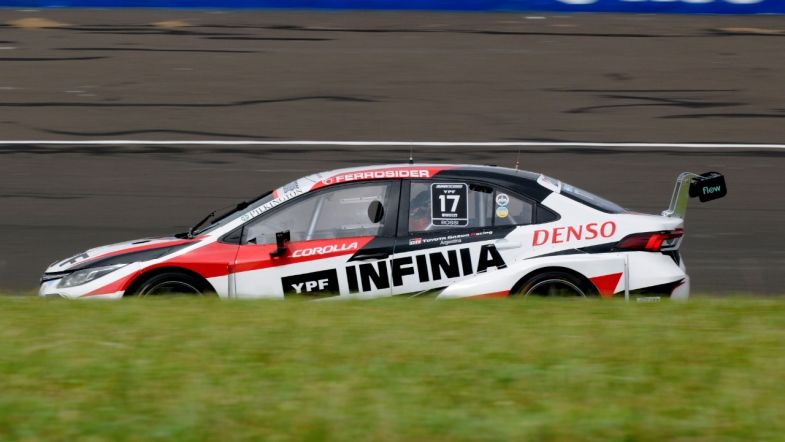 Leonel Pernia of Renault Sport claimed the lead at the start from pole position ahead of Urcera.

Both Nicolás Moscardini and Facundo Ardusso of Renault Sport made mistakes on the first lap and spun off, but were able to rejoin the race.

Rossi started 12th and quickly got made his way into the top ten. He first overtook Tomás Gagliardi Genné of Chevrolet YPF and Marcelo Ciarrocchi of privateer FDC Motorsport during the first few laps.

Llaver retired from fourth on lap 12 due to a puncture while Rossi continued to make strong progress and caught Urcera for third position on lap 20.

Disaster struck leading driver Pernía on lap 23 as he suffered a puncture and was forced to retire from the race.

That left Rossi in the lead ahead of Urcera and Canapino, who just as Rossi had made strong progress up through the field after starting from the back of the grid.

Rossi won the race just five tenths ahead of Urcera, with Canapino in third, another four tenths of a second behind.

Rossi leads the standings on 159 points, followed by Canapino on 118 points.

The Super TC2000 championship will its penultimate round of the current season on February 6-7 in Buenos Aires.