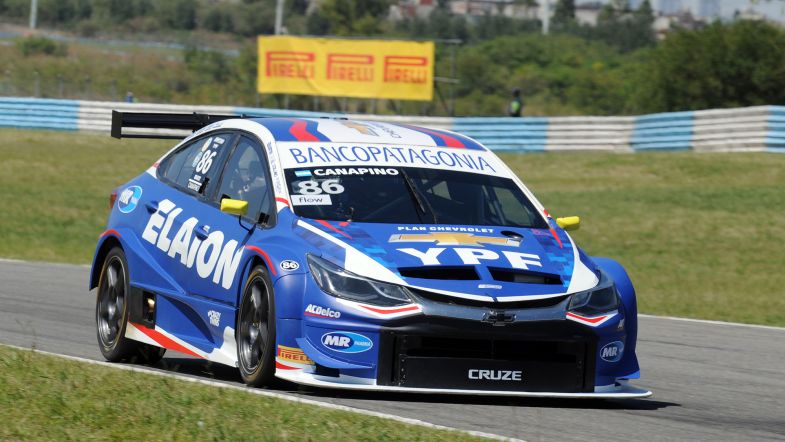 Llaver managed to beat Renault driver and pole sitter Leonel Pernía at the start to take the lead, as Canapino remained in third.

Pernía challenged Llaver for the lead as they started lap two and managed to regain the lead.

Pernía started to struggle with wear on his front left tyre which was rubbing against the fender. The struggles meant that he was unable to keep the lead, with Canapino claiming the lead and immediately building a gap.

After a solid first half of the race from sixth on the grid, Ardusso of Renault Sport managed to make his way up to second after passing Llaver.

The safety car came out on lap 22 after championship returnee Damián Fineschi retired due to a technical issue.

At the restart, Canapino defended well from Ardusso and Llaver, keeping the lead until the chequered flag.

Championship leader Rossi finished in fifth, not enough for him to secure the title ahead of the final race weekend, crossing the line behind Renault Sport’s Matías Milla.

Rossi headed no less than four Toyota colleagues, with Julián Santero in sixth, Ricardo Rosatti in seventh and Franco Vivian in eighth.

Rossi heads the standings on 170 points, followed by Canapino on 145. Ardusso meanwhile is out of the title battle on 99 points in third position.

The Super TC2000 will crown its 2020/21 champion next weekend with the season finale in Buenos Aires.