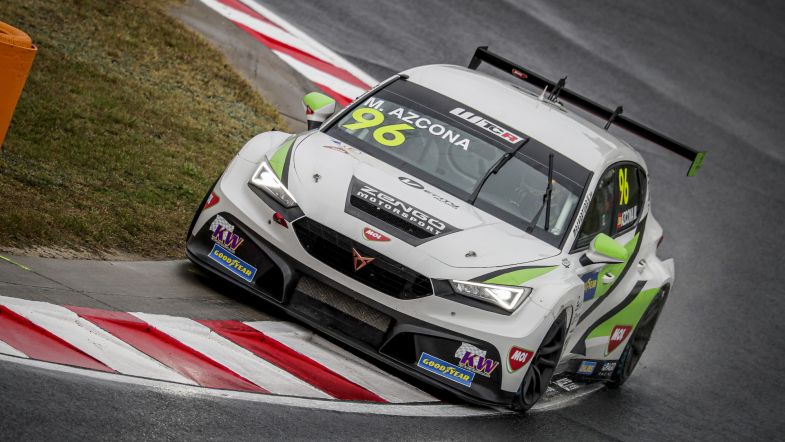 Cupra has confirmed that it will be represented on the 2021 World Touring Car Cup grid with four cars, two of which will be driven by Jordi Gené and Mikel Azcona.

The pair – who will represent Cupra in ETCR this season – will be part of the Zengő Motorsport line-up as the Hungarian team is once again given the honour of campaigning the Leon Competición during the yesr ahead.

The car appeared in the series for the first time last year, with Azcona taking victory on home soil at Motorland Aragon.

“I’m very happy to continue racing for another season with Cupra in the WTCR,” he said. “After two years in the highest level of touring car racing with victories, my goal this year is to fight for the world title.

“I’m convinced that racing next to such an experienced driver as Jordi will be the best formula to be competitive and to get the best performance out of the Cupra Leon Competición, a model perfectly suited to this championship.”

Gené meanwhile will be making his WTCR debut during the season ahead – with his last full season on the global stage coming in 2015 when he took third in the TCR International Series standings.

“I’m very excited to be back racing with Cupra and alongside a driver as skilled as Mikel,” he said. “I’ve been involved in the development of the CUPRA Leon Competición, so I know what this model is capable of. It’s going to be an exciting season.”