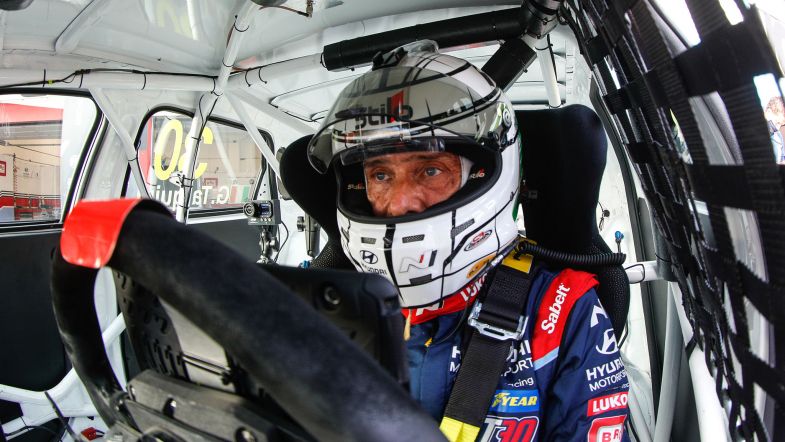 Gabriele Tarquini returns with BRC Motorsport for his 17th season at the pinnacle of world touring car racing, driving a new Hyundai Elantra N for the Italian squad in the WTCR.

Despite his extensive experience, the 59-year old is not thinking about retiring from racing as he bids to add another title to his impressive career resume.

The Italian has won two world titles, back in 2009 in the WTCC and the first ever edition of the WTCR in 2018, but had a difficult year last season – with his results marred by Hyundai’s problems with the series’ BoP.

“Last year was difficult but I still felt it was important to be back this season,” Tarquini told TouringCarTimes. “We have a new car and I would like to see it grow and become a competitive car.”

In the preliminary tests at Vallelunga Tarquini got a good impression of his new machine – which replaces the i30 N TCR in the series this year.

“The car looks good and it’s quite big in comparison to the i30 because of the length and also the wheelbase but you don’t feel it when driving,” explained the Italian. “During the tests, the car felt very good, although we still need to do more running with it.”

The season starts at the 25-kilometre Nordschleife, a track that Tarquini thinks won’t allow BRC to extract the most from the new Elantra N in its series debut, with the Italian anticipating a difficult first round.

“The Nordschleife is not the best, it’s long and complicated, and it’s a difficult track,” he said. “I don’t use a simulator, so it’s difficult to learn the corners. It will be a tough weekend for us.”