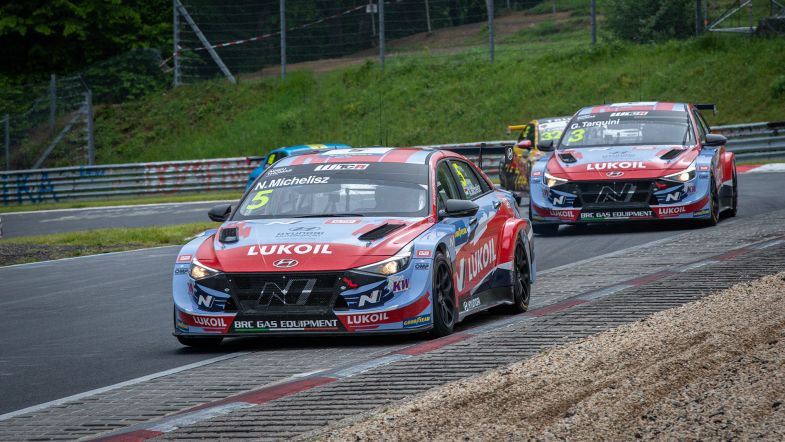 Norbert Michelisz had a tough opening WTCR weekend at the Nürburgring Nordschleife, finishing fifth in the first – but was forced to retire from the second.

“I didn’t have a good start in Race 1 and I lost a couple of places,” said Michelisz.

“There was some contact on the right rear and I went sideways. I managed to come back a bit, the car was working well but fifth place was a bit of damage limitation.”

“My start in Race 2 was much better and I was more or less in the mix, but I was forced very wide due to some trouble on the inside,” said Michelisz.

“I tried to stay on the outside but everything got squeezed towards me. I was in the wrong place at the wrong time and in the end my race was done by the first corner. It is a shame because my target was to score some points but you have to accept that you have races like this.”