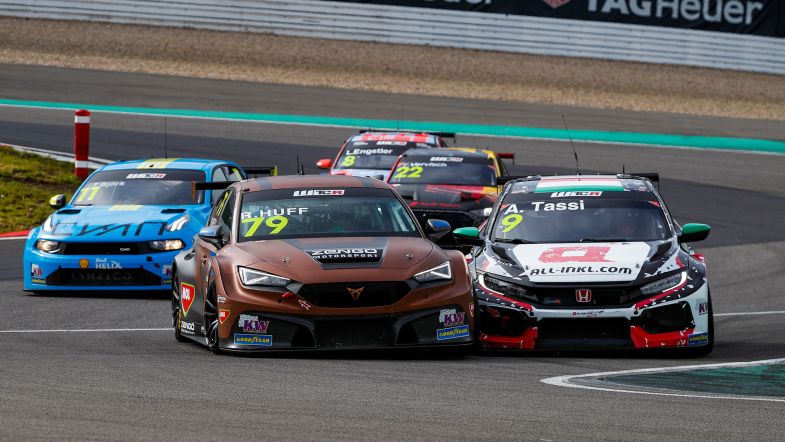 Rob Huff had a disastrous World Touring Car Cup return for Zengo Motorsport, failing to score points in the two races that the reigning STCC champion described as “character building”.

“It’s been a tough weekend for the team, certainly character building,” said Huff.

“In the first race, I got shoved by a Honda, which caused damage to the car. The inner lining of the wheel arch was cutting into the tyre – so I had to pit for that.”

The second saw the Cupra driver involved in the Turn 1 chaos, collecting his team-mate Mikel Azcona.

“And then in Race 2, no one wanted to give any space into Turn 1, and unfortunately it ended in a lot of cars taking damage and not finishing the race. It’s a shame, as when you’re that far at the back, you’ve got all the time in the world,” said Huff.

“Unfortunately, some people who were new to the [series] and a little too impatient caused a lot of damage at the back of the grid for no real reason.

“Our damage was way too much, we had no top speed; and also when I did get spun, I collected my team-mate Mikel [Azcona], which was very unfortunate.”