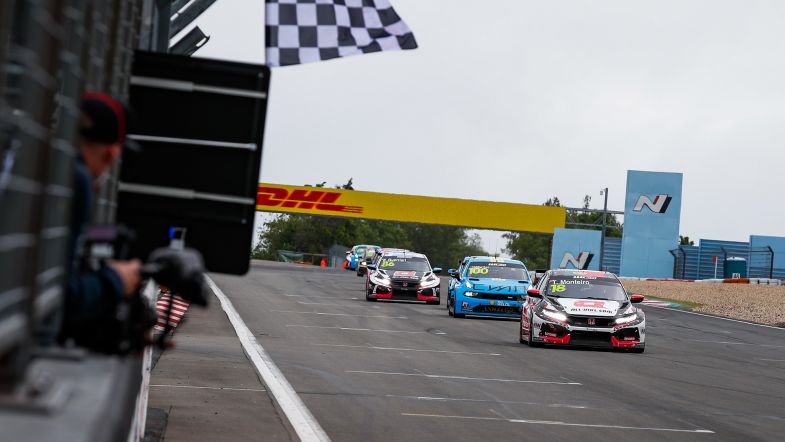 Cyan Racing calls for BoP change ahead of Estoril weekend

The head of the Lynk & Co Cyan Racing team has called for a change to the current Balance of Performance in place in the World Touring Car Cup as the series heads to Estoril this weekend for the second round of the season.

The team has expressed reservations about the BoP that was granted to the all-new Hyundai Elantra N TCR by TCR rights holders WSC, with the new car running with more power and less weight than the i30 N TCR that is replaces.

The Hyundai duly secured a win first time out in WTCR at the Nürburgring where Jean-Karl Vernay and Luca Engstler took a dominant 1-2 finish in race two, with the victory in race one going to the Honda of Tiago Monteiro; the Münnich Motorsport-run car having also benefited from a revised BoP that saw it handed a reduction in weight.

The Swedish outfit also aimed criticism at the 20kg weight break the Hondas received ahead of the season after homologating a number of new parts:

“We are extremely disappointed over the current BoP levels and we called for a change before the season start,” Christian Dahl, founder and owner of Cyan Racing, said. “We are still baffled over the levels for Hyundai and Honda, especially in light of the data from the first race weekend.

“When we entered the Lynk & Co 03 TCR for its first season in 2019, the car received the most weight and 97.5% power The new Hyundai Elantra TCR meanwhile has received 100% power and no ballast weight at all for 2021.

“Added to this is that Honda has received a 20kg weight break after homologating a wide array of new parts to their car. We need this to be re-evaluated and changed.”

After round one of the season, Santiago Urrutia and Yvan Muller share fourth in the standings as the leading Lynk & Co drivers, but both admitted that the current BoP would make the Portuguese weekend a difficult one.

“I think we made the most of the first race weekend, but we were behind due to the BoP,” Urrutia said. “We really need to fight hard this weekend and my approach will be to try and score as many points as possible. I haven’t raced at this track since 2014 and I look forward to get going again.”

“We managed to get a podium at the Nürburgring thanks to the reversed grid,” Muller added. “But for Estoril it will be even tougher for us. As I said after the last race, there is nothing wrong with the performance of our Lynk & Co 03 TCR, but rather the Balance of Performance.”