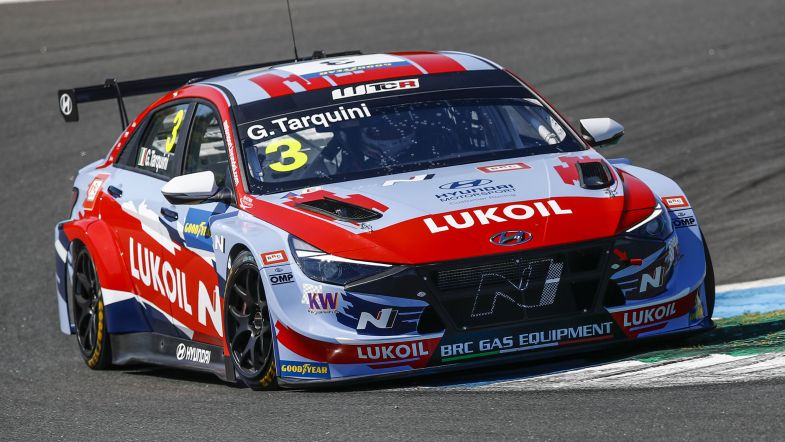 Gabriele Tarquini: “The start was the key to the victory”

BRC Hyundai N LUKOIL Squadra Corse’s Gabriele Tarquini claimed his first WTCR victory in almost two years in race one at Motorland Aragon, with the veteran Italian believing that the good start he made was a key factor.

Tarquini started the race from the reverse grid pole position, with local hero Mikel Azcona completing the first row. The Italian kept the lead at the start, fending off Azcona’s attacks in the initial stages of the race.

“The key to the win was the start,” said Tarquini. “I know that following another car, especially here, is quite hard so as soon as I reached the first corner I was alone so I could turn and push as hard as possible on the first three or four laps. Fortunately I built a small gap and after that it was quite an easy race to control the gap.”

Temperatures on Sunday at Motorland were very high, with tyre wear and overheating a concern for the entire field.

Tarquini thanked his team for giving him a good car capable of fighting for the victory in the difficult conditions.

“The first two or three laps I was pushing and I think he (Mikel Azcona) was trying to save the tyres for the second part of the race. I was pushing from the beginning, from the first corner to the end, like the maximum I can.”