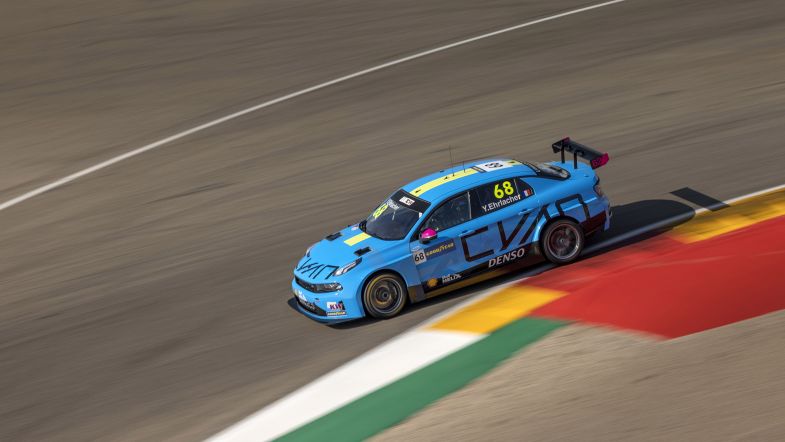 It’s still very close at the top of the FIA World Touring Car Cup standings after the third round of the year in Spain. And reigning champion Yann Ehrlacher has somewhat unnoticed climbed to second place overall despite a mixed weekend at MotorLand Aragón.

“It was a long time since I had such tough races, fighting from the first lap to the last,” said Ehrlacher.

The Cyan Racing driver started third for the first reversed grid race but dropped back two places to finish fifth.

The second race had him finishing seventh from eighth on the grid.

“We hoped for a better result but we did our maximum this weekend,” said Ehrlacher.

“Second place in the championship is not bad but now we have to see what we can do for the next race.”

The Lynk & Co 03 TCR driver is eight points from standings leader and Hyundai driver Jean-Karl Vernay ahead of the coming round at Adria in Italy on August 1st.