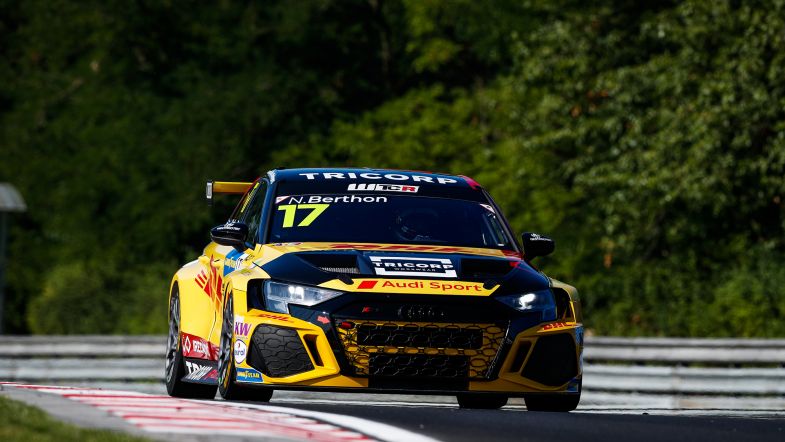 Nathanaël Berthon set the fastest time of the second FIA World Touring Car Cup practice session at the Hungaroring on his very last lap, beating local hero Norbert Michelisz by a tenth of a second.

2012 WTCC champion Rob Huff was third fastest ahead of Comtoyou Racing driver Frédéric Vervisch in fourth, 1.5 and 1.9 seconds behind respectively.

Mikel Azcona made it two Zengo Motorsport prepared Cupras in the top five ahead of Gilles Magnus and Lynk & Co driver Yvan Muller.

Santiago Urrutia rounded off the top ten for Cyan Racing.

Tom Coronel had a big moment after Turn 4, sliding off onto the grass at high speed, but without any damage to his car.