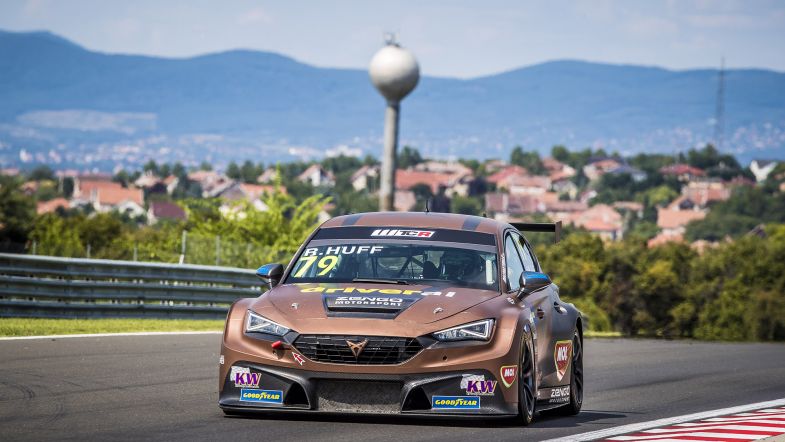 Rob Huff claimed his first FIA World Touring Car Cup pole of 2021 in the qualifying session at the Hungaroring while points leader Jean-Karl Vernay dropped out in Q1.

“It’s been tough, so first a huge congratulations to the team,” said Huff.

“They’ve worked so hard to get in this position for their home race. We’ve really struggled this year, it’s no secret. But I managed the lap of my life in Q2 to get into Q3 and to get this result is just fantastic. It’s a dream come true for the team.”

Local hero Norbert Michelisz put his Hyundai Elantra N TCR in third spot on the grid, close to four tenths of a second behind Huff.

Néstor Girolami claimed an impressive fourth on the grid for Honda team Münnich Motorsport, despite having the heaviest car on the field.

Thed Björk was fifth and last of the Q3 drivers, just four thousands of a second slower than Girolami.

Cupra driver Mikel Azcona just missed out of making it to Q3, finishing 73 thousands of a second behind Urrutia in Q2.

Lynk & Co team-mates Yann Ehrlacher and Yvan Muller finished seventh and eighth in Q2, while the Comtoyou Racing duo of Fréderic Vervisch and Gilles Magnus finished ninth and tenth, meaning they will start first and second for the first reversed-grid race tomorrow.

Disaster struck points leader Vernay and Hyundai colleague Gabriele Tarquini who could only manage 16th and 17th respectively in Q1, positions they will start from in both races.

The first race of the WTCR weekend in Hungary starts at 12:15 CEST tomorrow.