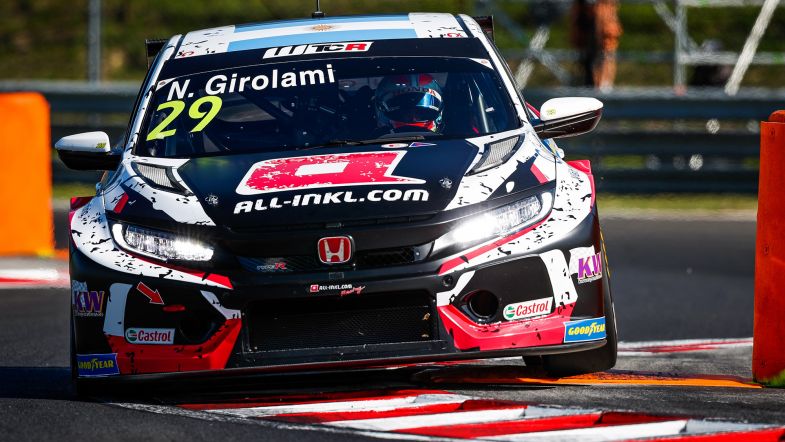 Néstor Girolami: “I didn’t expect to be in Q3”

“To be honest, I didn’t expect to be in Q3 at the start of the weekend because we knew that the 60kg compensation weight was a lot to carry,” said Girolami.

And the Münnich Motorsport driver says he has got more in store for the upcoming races at the Hungarian circuit.

“The Q2 lap was key, and allowed us to save two tyres for tomorrow; I want to say it was the plan but I can’t, but it was still a welcome outcome. I’m really happy with it, it was a brilliant lap and everything that I had,” said Girolami.

Team-mate Esteban Guerrieri meanwhile missed out on the reversed grid pole after finishing 12th in Q2, a position he will start from in both races.

“It hasn’t been an easy day, and we started with a complicated car – I didn’t have a great feeling,” said Guerrieri.

“he top 10 was the target; we were on course for that in Q1 but on my second Q2 lap I had a good sector one and sector two but I made a small mistake and just didn’t put sector three together. That’s the fine margin between a good qualifying and an average one, unfortunately.”