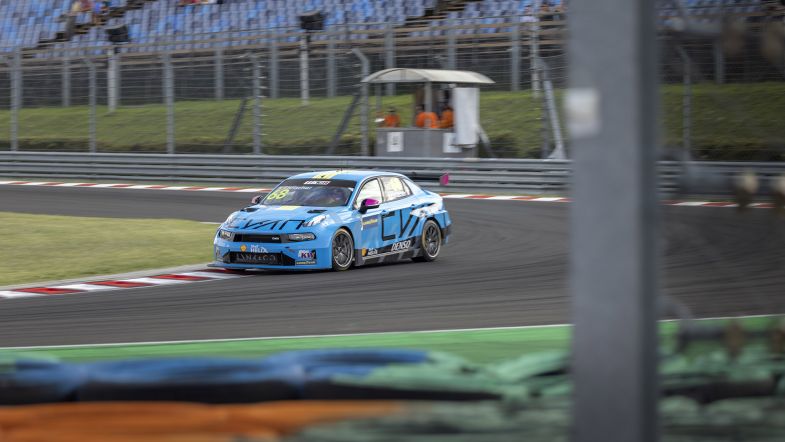 Reigning champion Yann Ehrlacher, who is placed second overall, was not happy after the FIA WTCR qualifying session at the Hungaroring after finishing seventh and missing out on vital points.

“It was a difficult qualifying and we are in the middle of the pack for the races, it’s a bit of a shame,” said Ehrlacher.

“We should have scored points in qualifying and gained on the lead, but that isn’t the case and we will have to fight hard tomorrow.”

Instead it was Lynk & Co colleague Santiago Urrutia who finished best of the Cyan Racing prepared cars with second on the grid.

“I am very happy to finish second, it was a really good lap and a great recovery from the mistake I made during qualifying in Spain. I am glad for the team as we got all four cars in the top ten so that we can maximize the points in the races,” said Urrutia.

Urrutia has climbed to shared third place in the standings with Yvan Muller, who qualified eighth, while Ehrlacher remains in second place overall, eight points from points leader Jean-Karl Vernay.