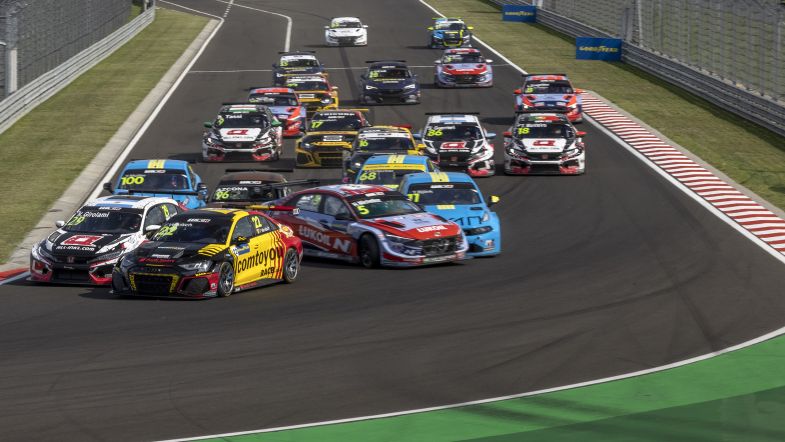 Néstor Girolami: “For me it was just an unlucky touch”

Néstor Girolami’s impressive run during the FIA World Touring Car Cup weekend at the Hungaroring was dampened after being stripped of his Race 2 podium following contact with local hero Norbert Michelisz at the start.

“I’m really disappointed to lose this podium position, particularly after such a hard-fought drive in Race 2,” said Girolami.

“I had a really good launch and managed to get into second; I actually started better than the leader but I decided to stay behind and changed the line minimally under braking, as I was following the leader and was close to him, but I also knew that the outside line rarely works because you get a lot of wheel-spin on the exit.

“There was unfortunately this small contact with another car but for me it was just an unlucky touch.”

Hyundai driver Michelisz started third but dropped down the order after the incident to finish 14th and was equally disappointed.

“My accident at the start of Race 2 was really unfortunate and ruined my chances to get on the podium,” said Michelisz.

“I’m very disappointed about it and now we have to understand what we could have done better. I didn’t capitalise on my good starting position and there were a lot of points on the table today that we didn’t score. The atmosphere was really nice all weekend with a lot of people in the grandstands, but I wished I could have brought home a better result for them.”

Michelisz is placed 14th overall in the standings after Hungary, Girolami tenth.