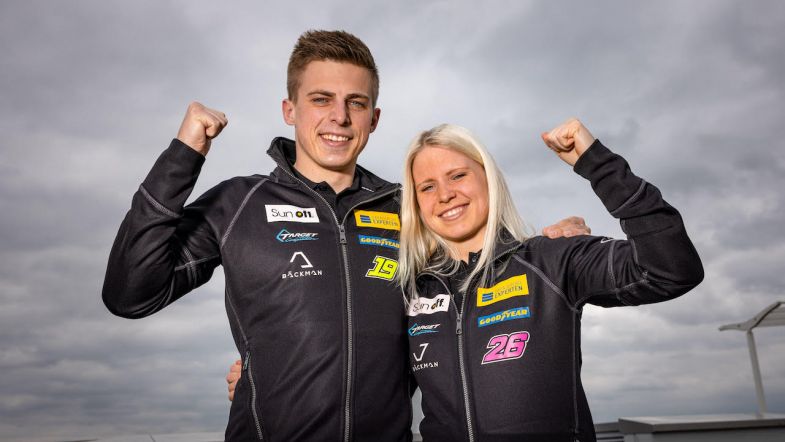 Andreas and Jessica Bäckman have announced that they will not complete the 2021 World Touring Car Cup campaign after calling time on their full-season programme.

The pair joined the grid this year with Target Competition, with Jessica scoring points on the opening weekend of the campaign in Germany and Andreas opening his account in Portugal.

Neither driver has been able to break into the points since then and will now stand down in order to work on their future plans, with Target set to compete in Italy next month with a revised driver line-up.

“The step up to WTCR has been a nice experience, but we felt the results weren’t as we hoped they would be,” Andreas Bäckman said.

“We have worked a lot together with the team to find a good set-up of the car but, unfortunately, we have not found the key to make it work properly and we have reached a point where we just go around in circles without improvement.”

Jessica meanwhile said the decision to stand down was beneficial for the future.

“We have really enjoyed the experience of racing in the WTCR and the knowledge we’ve gained will be invaluable for the future,” she said. “We believe we can achieve more by sitting out this season and come back stronger in the future.”