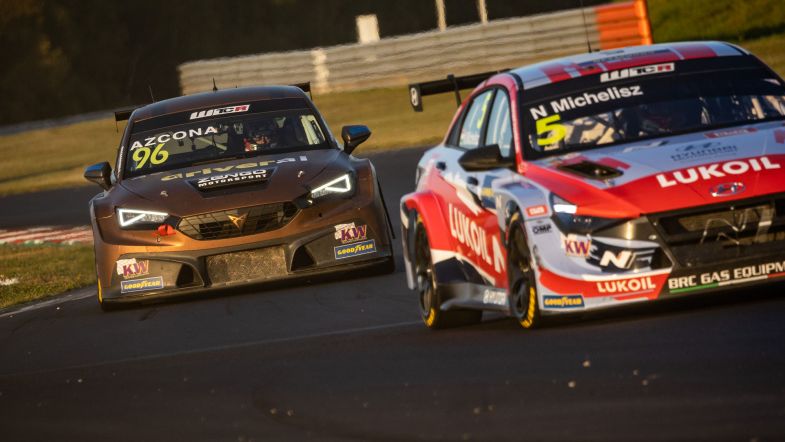 Mikel Azcona back in title fight: “Amazing considering how we started the season”

Mikel Azcona had an impressive weekend, securing the TCR Europe title in Barcelona on Saturday and jumping to third overall in the WTCR standings after finishing second in the final race at Autodrom Most on Sunday.

“It was a really tough weekend going to Barcelona, but in the end it was perfect,” said Azcona.

“We won TCR Europe, now we are P3 in WTCR which is amazing considering how we started the season, so now I feel in my best moment of the season.”

The Cupra driver started from pole position in the final race but was passed by Norbert Michelisz at the start.

“I made the mistake on the first start. I went to the first right corner and the rear tyres were not in perfect condition, so I lost the rear and I lost the position,” said Azcona.

“He [Michelisz] was really fast and also I felt so comfortable I decided to push really on the limit and I really enjoyed that race. I am very proud of what we did this weekend.”

Azcona is third in the drivers’ championship with 110 points, trailing points leader Yann Ehrlacher by 25 points and Esteban Guerrieri by five.

The Zengo Motorsport driver and the rest of the WTCR field is back in action next weekend, racing at Pau-Arnos in France.

“I’ll keep working, keep focused for the next race in Pau where I think we can have a chance also. And yeah – keep fighting for the title,” said Azcona.