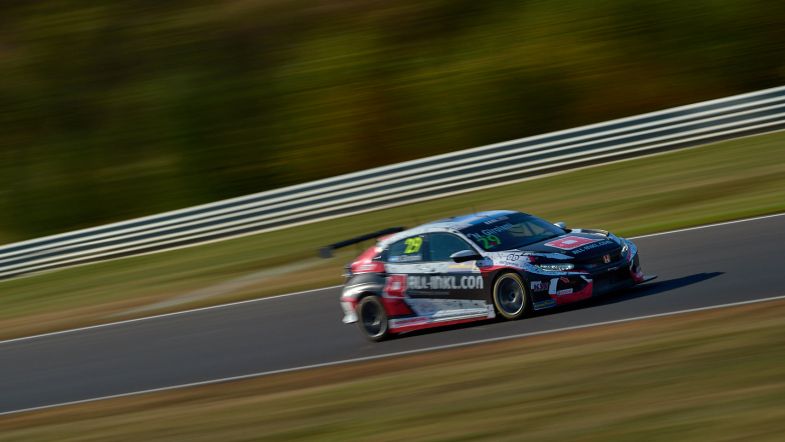 Néstor Girolami headed a Münnich Motorsport 1-2 in the first WTCR race of the weekend at Most, thus becoming the ninth different winner in nine races.

Local hero Petr Fulín had a disastrous start due to a clutch problem and was eliminated in the first corner chaos.

Norbert Michelisz went into the back of Yvan Muller who went into Fulín who spun and was collected by Comtoyou Racing driver Nathanaël Berthon.

Fulín and Berthon retired from the race as the safety car headed onto the track.

Ehrlacher was close to Honda driver Guerrieri throughout the race but never close enough to seriously challenge for second place.

Positions four and five were occupied by Yvan Muller and Thed Björk, keeping a safe distance to each other during the race.

Jean-Karl Vernay was the top Hyundai driver in sixth position ahead of manufacturer colleague Norbert Michelisz in seventh.

Mikel Azcona, who will start Race 2 from pole, was close to Michelisz but unable to get past.

Ehrlacher has extended his championship lead to 18 points over Lynk & Co colleague Santiago Urrutia who finished 12th from 14th on the grid.