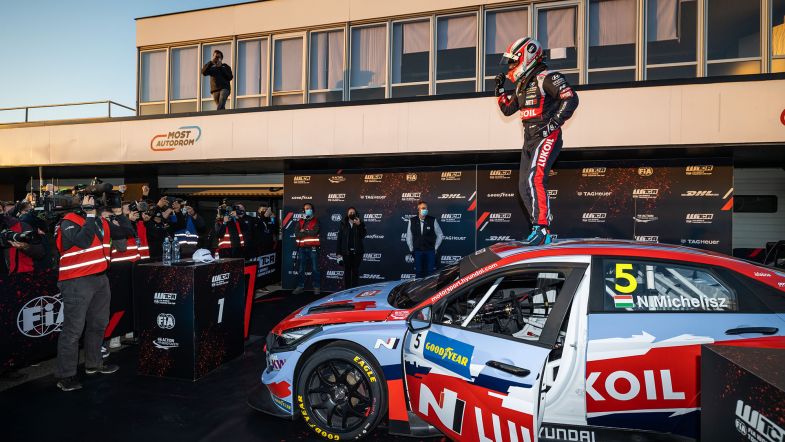 Norbert Michelisz: “One of the most difficult races of my career”

Norbert Michelisz claimed his first WTCR win since Malaysia 2019 in the final race of the weekend at Autodrom Most.

“I felt it was a long time coming, that a race victory would come,” said Michelisz.

“To be honest it was one of the most difficult races of my career because when I saw I was in front and Mikel was behind I just realised that I needed to give it 100% and fortunately the car was just great.”

The Hyundai driver got the jump on pole sitter Mikel Azcona at the start and the duo remained close throughout the race.

“In the end I managed to do 15 laps without any big mistakes. But I really enjoyed this fight,” said Michelisz.

“From the outside I’m not sure all the people understood what was happening but this race I gave it 110% from lap one until the end.

“Having Mikel in the mirror is not the most comfortable thing in life as a race car driver. This made it a bit more tricky, but in the end I had confidence in myself and in the car.”

The Hyundai driver is still far down the championship order after a struggling first part of the season, currently trailing points leader Yann Ehrlacher by 50 points in 11th place.