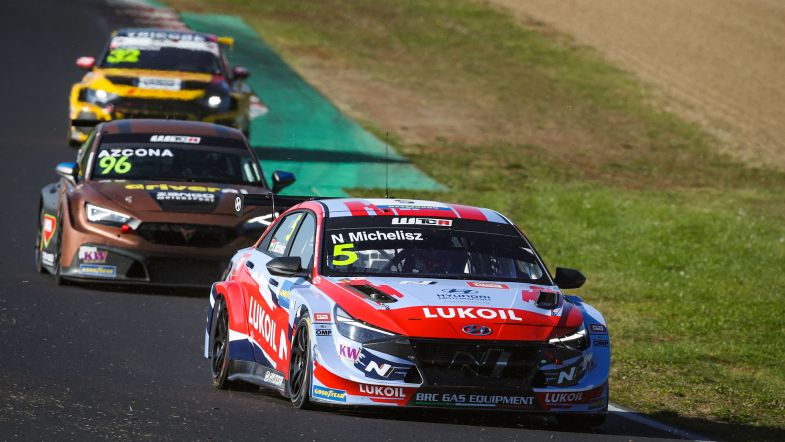 Norbert Michelisz has been handed a 30-second penalty for causing the pileup in the first FIA World Touring Car Cup race at Autodrom Most.

The Hyundai driver made contact with the rear of Yvan Muller’s Lynk & Co, triggering a chain reaction that saw Petr Fulín and Nathanaël Berthon retiring.

“After evaluating all the information and possible evidence, the Stewards found that the Driver of Car #5 was responsible for causing the collision.”