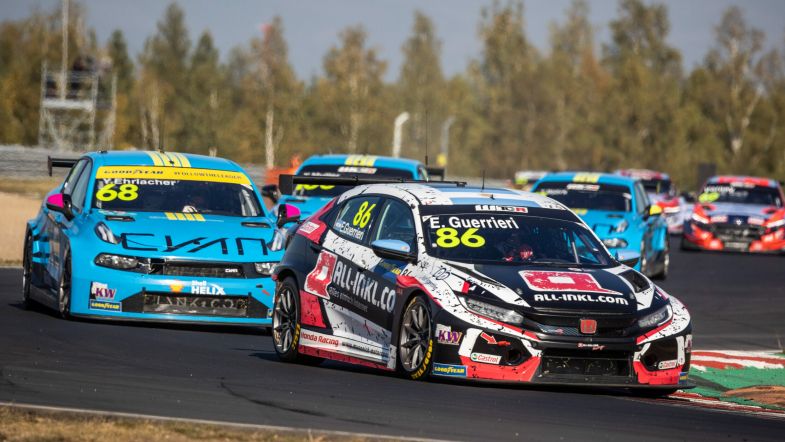 Esteban Guerrieri says Most was “do or die” for title hopes

Esteban Guerrieri has climbed to second place overall after two strong WTCR races at Most, a crucial weekend according to the Honda driver.

“Today definitely goes down as a mission accomplished on what was a very important weekend; it was do or die if I wanted to keep my title hopes alive,” said Guerrieri.

The Münnich Motorsport driver finished second in the first race from seventh on the grid, surviving the first corner chaos, and added another podium with third in the second race.

“My strategy in Race One was to go around the outside, but something in my gut told me I needed to stay on the inside, and it paid off,” said Guerrieri.

“I sat behind Nestor and the plan worked very well, so it was great to bring this reward for the team.

“Race Two was much, much tougher, and I had to push every lap, every corner. We made some changes to the car and to be honest I went the wrong way, but we got through it. We are back in the game now, so let’s play.”