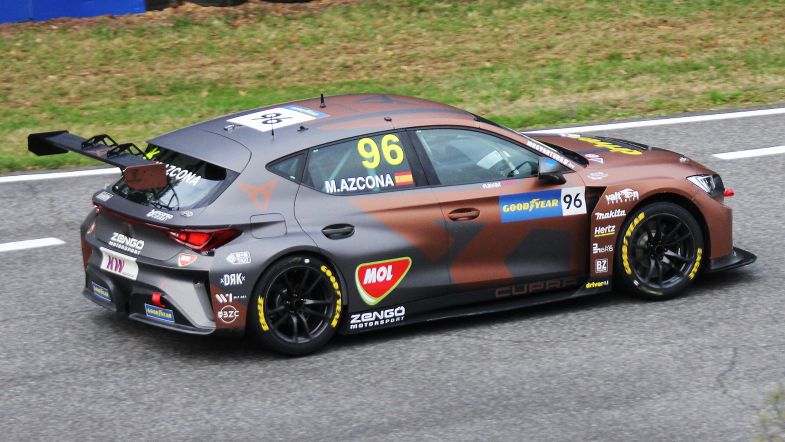 Mikel Azcona: “We made a mistake with the setup”

Zengo Motorsport driver Mikel Azcona had a dismal qualifying session for the sixth round of the WTCR at Pau Arnos, with the Spaniard only managing to finish the session in 19th place.

“We had a problem with the setup which was our mistake,” Azcona told TouringCarTimes.

“We made some changes after the FP2 that we thought would be positive, but worked in the opposite way.”

The four Cupras on track had a difficult session, with Rob Huff the best qualified among them in 14th place on the grid for both races, and no Leon Competicións going through to the Q2 session.

“The others did their work and, although didn’t have much luck, the setup issue was ours,” added Azcona. “So tomorrow we start both races from the back of the grid and see what happens.”

The Pau Arnos track is twisty and very narrow, and the Cupra driver believes that there could be incidents during the opening lap: “The first corner is going key and things will happen there as I think that, once we all get behind each other in order overtaking is going to be very difficult, just like a street circuit.”