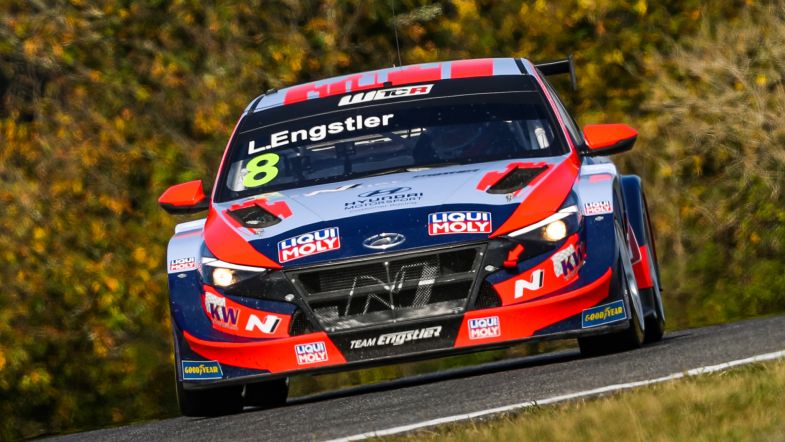 Luca Engstler: “We are now focussed on helping Jean-Karl Vernay”

Luca Engstler’s weekend at Pau Arnos was marred by a poor qualifying result, with the young German recovering to score points in both races, having a target of helping team-mate Jean-Karl Vernay in the drivers’ championship.

“This was the third time this season that I was out-qualified by less than half-a-tenth to be in P13, so it was a big shame,” Engstler told TouringCarTimes.

“We haven’t had the best luck this season in qualifying.

“We did well at the Nordschleife and, somehow, after that we haven’t had the right rhythm, and just try to do my job as much as I can to help Jean-Karl the best we can for the title for him and doing good races like today, coming from P13 to P9 in Race 1, with a very good speed is the best I can do.”

Engstler came very close to scoring his first WTCR victory at the Nordschleife, but his: “My first victory has to be the goal, that’s why I’ve worked so hard, to win a race in a world championship,” said Engstler.

“But right now the priorities are different for the brand and the team and it’s something I have to accept as a professional racing driver. My time will come, we will continue like this, performing and getting good results, and the right time will come.”

Engstler has competed throughout the years in various TCR championships, making this season his debut on the world stage.

“For me, coming here is massive,” said Engstler. “I thought I have a good speed and it would take me two years to understand the programme, the drivers, the tyres but, still, the grid here is massive, even in P16 you have a world champion.

“So the level of the drivers here is massive and I don’t think you can come and think about winning, but it will take a couple of years to learn before we can fight for the top, but I think we are doing fine for the moment.”