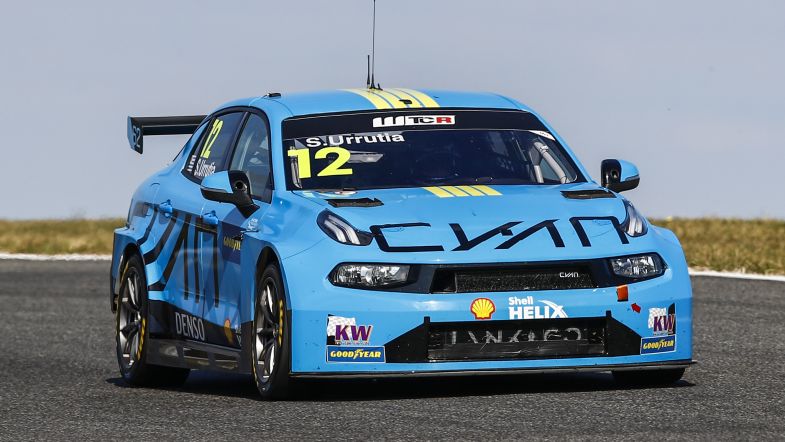 Santiago Urrutia: “We must improve our starts”

Cyan Racing driver Santiago Urrutia claimed a podium finish in the second WTCR race at Pau Arnos. Despite the strong result, the Uruguayan driver believes the team must improve the race starts in order to remain in contention for race victories.

“It has been a complicated weekend, as we weren’t fast at the start,” Urrutia told TouringCarTimes.

“We were fast in the qualifying but we had a problem with the cars at the start. I didn’t score many points in Race 1 and, in Race 2, I finished third on the podium, but Yvan could have won the race if he’d started well and we lost the race at that point.”

Urrutia remained cautious about the teams’ options but believes the issues can be sorted for the future: “All in all I think it was a weekend with a lot of ups and downs, we must continue to work to sort out the problems we had because there are only four races left in the championship and things are very equal. So I’m happy of finishing on the podium and now we must continue working and looking ahead.”

The second race at Pau Arnos was full of incidents, with many drivers suffering performance drops in the final part of the race. The Cyan Racing driver acknowledges it wasn’t an easy track.

“In the second race we had tyre issues but also this track is quite aggressive for the suspension, very tight and difficult to overtake here, but I was able to remain ahead and look after the car and I think our strategy worked in the end,” added Urrutia.

The Lynk & Co driver, who lies sixth in the championship, doesn’t think the situation will be much better at the next round: “Adria is a slow track, very difficult to overtake, so it’s key to do a good qualifying and a not get stuck at the start to make progress.”