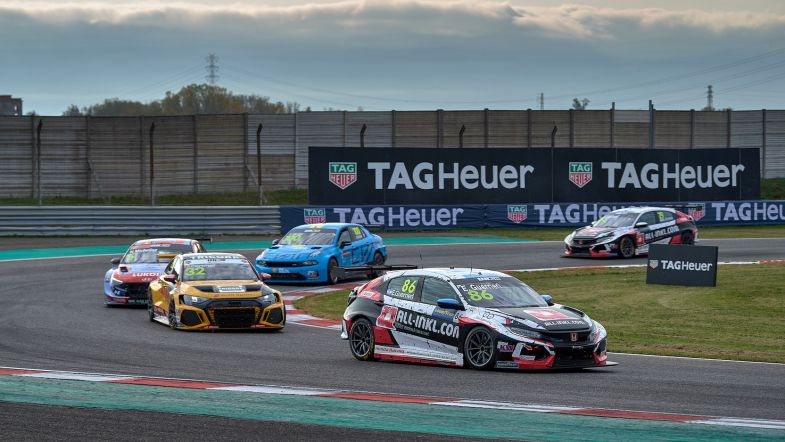 Esteban Guerrieri finished the first WTCR race at Adria in third, but headed the field for the first lap. The Argentinian was left upset with the move fellow South American driver Santiago Urrutia pulled on him for the lead.

“There was contact in the second-to-last corner, he pushed me and normally in the ‘drivers’ code’ you don’t overtake a driver you have touched from behind in the preceding corner,” explained the Honda driver to TouringCarTimes.

“He dived up the inside a bit on the limit, and then when he was side by side he pushed me to the grass. So pushing me in the preceding corner, diving on the limit and then pushing me on the grass on the outside meant I wasn’t happy with his move, especially considering they were faster than us this weekend. I was a bit angry after the race but I have to leave the decision to the stewards.”

“I think it was a normal overtake,” said Urrutia.

“He was leading the race, but we are in touring cars and we see a lot worse overtaking than this. I just dived to the inside, he knew I was going for it, so he shouldn’t close the door. But I understand his position, I know what I did and he can think what he thinks. But at the end of the day I won the race. I believe the overtake was in a good position, a good move.”

The move left Guerrieri defending second place from Tom Coronel, but he explains a missed gear caused the Dutchman to get past him.

“With Coronel I had a gearbox issue, I was supposed to short shift from first to second but I found myself in third gear, so he made use of the chance and got on the outside of me at the last corner. I could have done the same thing Santiago (Urrutia) did with me but I chose not to, I just lost the place, it’s racing,” said Guerrieri.

Guerrieri appeared not to defend too hard from Gabriele Tarquini in the second race, allowing the Italian to come through for fifth.

The Münnich Motorsport driver explained he did so to avoid the risk of losing more positions: “I thought it was not a good moment to make my life more complicated than it should. First of all he was more than half a second quicker than me, I could see he caught me straight away.

“I’m still not sure how with maximum compensation weight he can be so much quicker than us, but again it is not my job, my job is to do the best with what I’ve got. I don’t understand, but I’m not supposed to understand it. I decided not to defend hard because there are a lot of hairpins at Adria and I decided it was better to lose one position than risk to lose many places.”