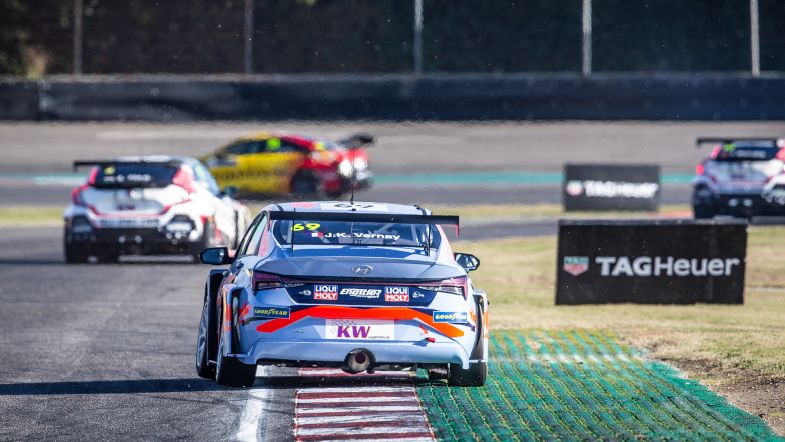 Jean-Karl Vernay has been penalised for an incident with Nathanaël Berthon in the first race of the weekend at Adria International Raceway.

The Hyundai driver made contact with Berthon on lap ten, resulting in the Audi driver veering off into the barriers and later pitting for repairs while Vernay was able to finish ninth.

Vernay has been handed a five-second penalty and two penalty points, dropping him 15th position, elevating Gabriele Tarquini to ninth and Yann Ehrlacher to tenth.

“The Stewards determine that the Driver of Car #69 was predominantly to blame for the collision and has forced Car #17 into the gravel bed.”