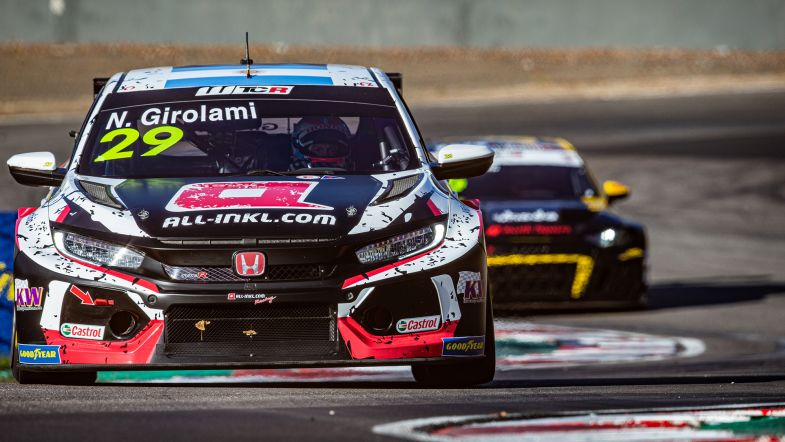 Honda driver Néstor Girolami has been handed a grid drop penalty for the WTCR season finale in Russia following the first lap incident of Race 2 at Adria with Yvan Muller, Jean-Karl Vernay and Tom Coronel.

The chain reaction was started as Girolami and Muller made contact heading into Turn 4 and then continued when the Honda driver rejoined the track and collided with Vernay and Coronel.

Girolami will drop three positions on the grid for the first race at Sochi and has also been handed a penalty point for the incident.

“The stewards determine that the Driver of Car #29 re-joined the track unsafely and caused the collisions with Cars #32 and #69.”

Also announced was that Luca Engstler was penalised for an incident with Rob Huff, dropping the Hyundai driver from ninth to tenth position behind the Cupra driver.