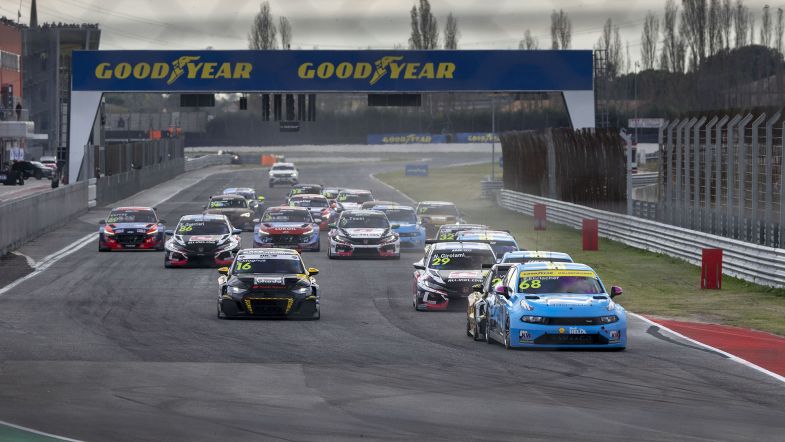 Yann Ehrlacher took a lights-to-flag win in the second race at Adria from pole position. The Lynk & Co driver appeared to play it a little more safe in the first heat in a bid to keep the car in one piece.

“The second race was on my mind, I know how competitive the field is and sometimes people like crashing into you,” said the Cyan Racing driver to TouringCarTimes.

“I just chose to be safe and let people pass if they were too aggressive. So I just bagged the points for 11th and saved the car for the second race, when I started from pole.”

When asked about the challenge of handling the pressure of being in the lead from lights to flag, the defending champion revealed he enjoys controlling the situation, actually providing an interesting guide to leading a WTCR race.

“When you lead it’s the best position you can be in, and that’s the best feeling as a driver. I just did 17 qualifying laps, you focus on every little detail and try to improve every time a little bit more,” said Ehrlacher.

“At some point, towards the middle of the race, you try to stabilise a little bit, just to make sure you still have a bit of tyre life left if there is a safety car, and then just focus on the driving. I was just using the good car and good setups that we have to deliver a good race.”

As for his approach at Sochi Autodrom, while conceding he is a little more cautious than other drivers, Ehrlacher is not going to change his mindset ahead of the season finale.

“I’m not an overly-aggressive driver like some are,” said Ehrlacher.

“That style doesn’t always pay off, so I prefer to use my brain a little more often in every situation, that’s what I always do. But anyway I will take my risks, I will not be super-cautious because I’m fighting for the championship. I will just go all in and then count the points at the end of the final race.”

Ehrlacher enjoys a healthy 36-points lead over Audi’s Frédéric Vervisch, with Esteban Guerrieri a further point behind for Mūnnich Motorsport.

Santiago Urrutia climbed up to fourth for Cyan Racing after his Race 1 win and now sits fourth in the championship, 44 points off the lead and a further six ahead of stable-mate Yvan Muller.