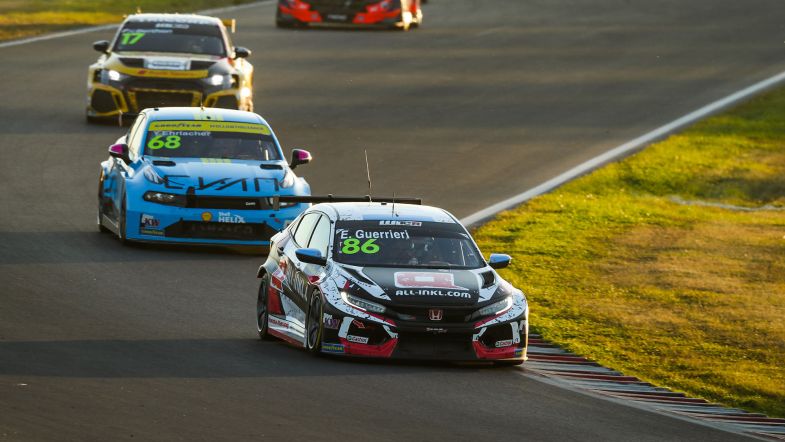 Esteban Guerrieri is still in the 2021 WTCR title fight ahead of the season finale in Russia, but is trailing Cyan Racing title rival Yann Ehrlacher by 37 points.

The Münnich Motorsport says a key reason to this is how the teams have approached the compensation weight system.

“They [Cyan Racing] played better with the compensation weights,” said Guerrieri to TouringCarTimes.

“They had like a long-term view, as we attacked a bit more since the start of the year.”

Guerrieri had a tough first part of the season but has improved his results in the final part, showing strong pace despite carrying a lot of compensation weight in his Honda Civic Type-R TCR.

“I like to stay positive, but there I lost some points that could have put me one on one with them. I also understood that the strong qualifyings would give us weight – but with no points.”

Just as last year, reigning champion Ehrlacher is his main rival for the 2021 title.

“Yann Ehrlacher never stopped, he scored points in every event. I also did, but I had some trouble, so as maths keep us alive, we will always have hopes,” said Guerrieri.

“I had trouble in the first round, who knows if he might have so in the last one.”