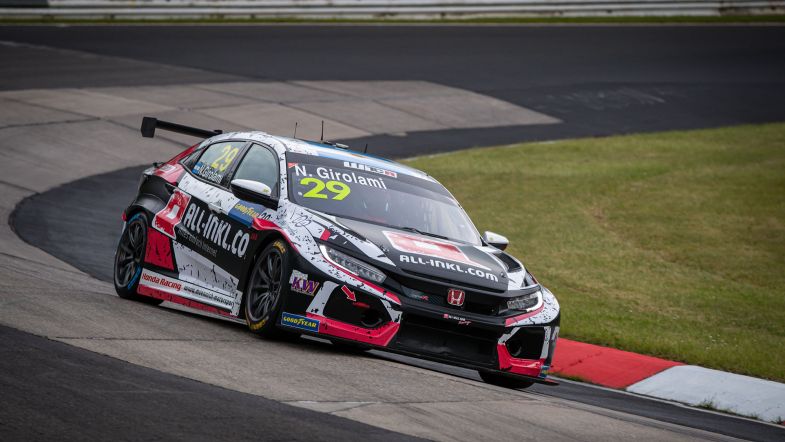 Néstor Girolami in talks with Honda for 2022 extension

Néstor Girolami has had a troublesome 2021 WTCR season and is down in eleventh position ahead of the Sochi season finale, trailing his team-mate Esteban Guerrieri by 50 points.

“My season was not bad, but two punctures in Most and Pau dropped us back and moved me out of the battle for the title,” said Girolami to TouringCarTimes.

The Argentinian driver echoes the words of his team-mate Guerrieri on that Münnich Motorsport has played the pace and weight game differently compared to main title rivals Cyan Racing.

“We started really strong, but our rivals showed their cards in the second half of the season,” said Girolami.

“Lynk & Co were complaining about BoP and then they moved to the front, and now gave the knock out hit with Ehrlacher in the last two events. We’ve been more ‘transparent’.”

Girolami is keen to remain with the Honda team for 2022 and says talks are in progress.

“We’re in talks to stay in 2022, we’re setting some last details, and therefore we’ll see if I run any other programme, but always with Honda,” said Girolami.